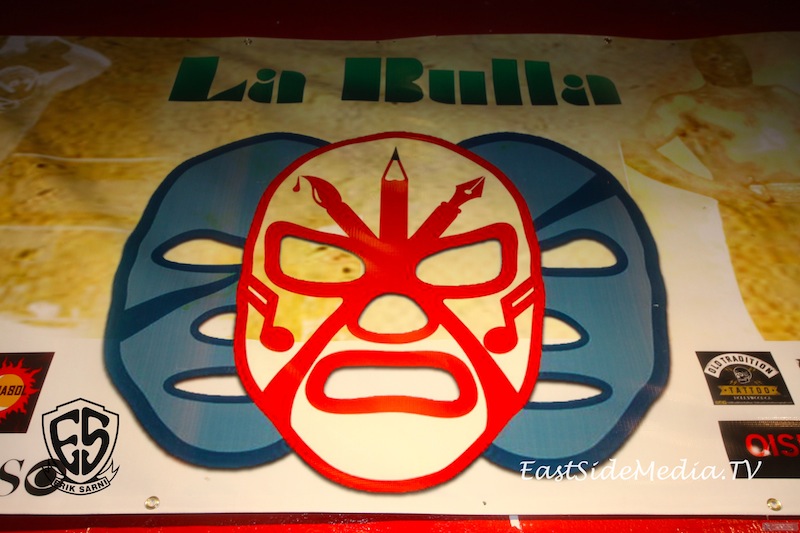 Mysterious and mythical. Athletic and acrobatic. Brazen and bizarre.

To the seasoned fan it is a long-standing tradition of respect and honor.

To the uninitiated it is wildly over-the-top and wholly unpredictable.

To the trained eye it is the commitment to athletic excellence and precision of physicality.

To the inexperienced it is compellingly strange and enticingly surreal.

But for everyone lucha libre is both universally unique and solely personal.

The men and women that step into the ring are performers, entertainers, athletes and warriors. All are called luchadors.

La Bulla honors both the luchador and enmascarado.

But it is the enmmascardo that has become synonymous with lucha libre. And it is the mask that has become symbolic of the sport. For they are indistinguishable from one another, man and mask are one. Two simple pieces of an intricate puzzle, one of flesh the other of cloth that combine to create a complex soul. One cannot exist without the other. The mask covers one’s face but unleashes one’s desires. The mask hides one’s outer features but shows one’s inner character. To wear the mask makes one spiritually liberated as well as morally unshackled. The chains of societal morays are broken.

The mask both releases man’s innate goodness and unleashes his deepest ID. For saints and sinners, angels and demons wrestle within us at all times, wearing the mask creates both an outlet for enlightenment and an escape route for our dark side. La Bulla acknowledges the many facets of the human psyche. As there are multiply interpretations of man’s action between the good and bad there are as many artists in La Bulla to express those actions in artistic interpretations.

La Bulla does not judge but chronicles, it does not criticize but clarifies. La Bulla creates a venue for the artist and creator to explore, examine, understand and interpret what lucha libre means to them personally and what it means to the people publically.

Lucha libre is a both from an old school tradition and heading into new unchartered waters. La Bulla is the bridge that connects two worlds. And the artists in La Bulla are the creative architects that help build that bridge and strengthen the bonds between Mexico and America.

Evergreen Volleyball breaks through the barriers and wins the Citywide Title