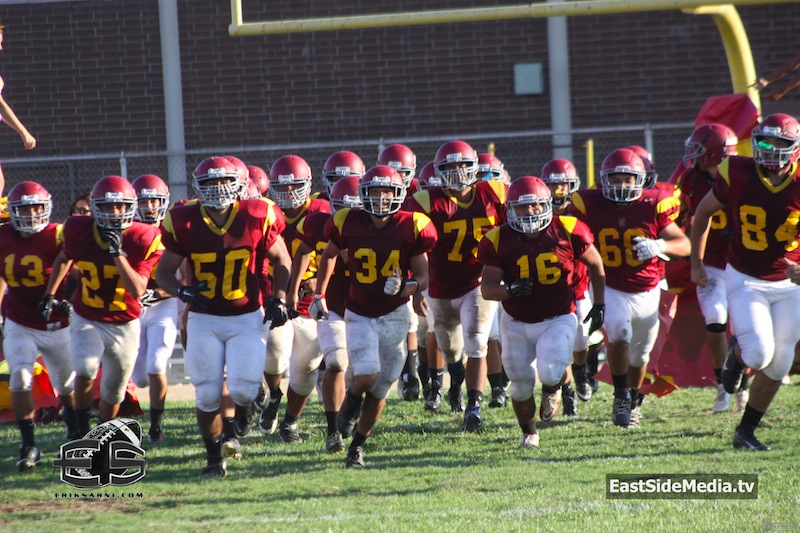 The Roosevelt Rough Riders held there Annual Red and Gold football scrimmage  game last friday at Montgomery Field. This season the riders will be led by new Head Coach Ricardo Zepeda who got hired in february.  Javier Cid who coached the riders from 2005-2015 finished with a 4-6 record  2-4 in Eastern League missing the playoffs.

Roosevelt High School is proud to announce the selection of a new Head Football Coach, Richard Zepeda. Mr. Zepeda is well known to the Roosevelt community as an alumnus, coach and teacher.

He most recently coached at NCAA Division III Whittier College. He was responsible for coaching the defensive line group. He spent 5 years prior to that coaching the linebacker group at East Los Angeles College. He was the Defensive Coordinator for 4 years and for the last 2 seasons he added Co-Head Coach to his title.

Because of his efforts, he was also selected to coach in two Division II and Division III collegiate all-star games in 2014. He has also been employed by the Los Angeles Unified School District as a Physical Education Teacher for 10 years. He has held Dean and Athletic Director positions as well.

Mr. Zepeda is looking forward to bringing his experiences to expand our culture of academic and athletic success.

We are very excited to welcome Mr. Zepeda back home to Roosevelt to lead our football program!

National Night Out in Boyle Heights