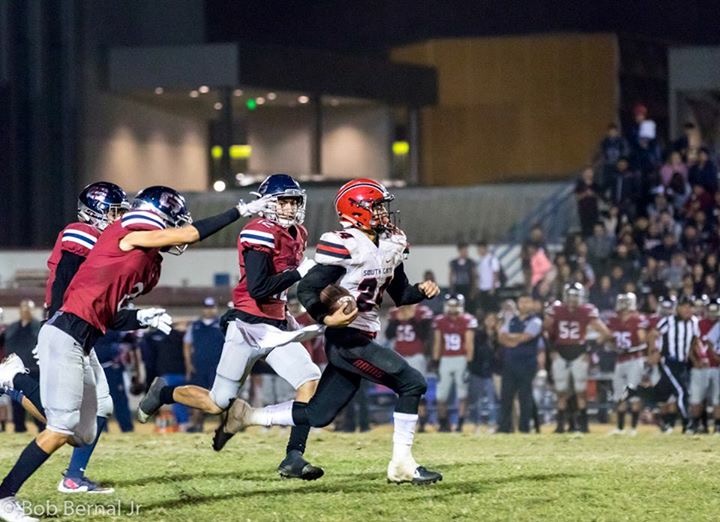 Jose Casagran was once the head coach at L.A. Roosevelt. That means playing and beating Garfield in the East L.A. Classic was a priority.

“I remember when I got to Roosevelt they had a picture in the trophy case of a team that had gone 1-9,” Casagran said. “And they beat Garfield. I was, ‘What the heck is this?’ It’s so crazy the whole season can be won or lost by winning the classic.”

Casagran, now the head coach at South Gate, certainly enjoys beating Garfield and it happened again on Friday night when the Rams rallied for a 49-48 victory to improve to 5-2 overall and 2-0 in the Eastern League.

South Gate rallied after falling behind 21-0. The Rams won it with 1:49 left after Ernie Arcia connected with Diontai Jenkins for a 12-yard touchdown pass to cut the score to 48-47. Casagran then went for the victory, and Jenkins again caught the two-point conversion pass.

“We’ve been resilient all year,” Casagran said. “We’ve won the second half of every game. I knew we’d come back. I didn’t know we’d win.”

Arcia finished with five touchdown passes. Carlos Sanchez had a kickoff return for a touchdown for South Gate.