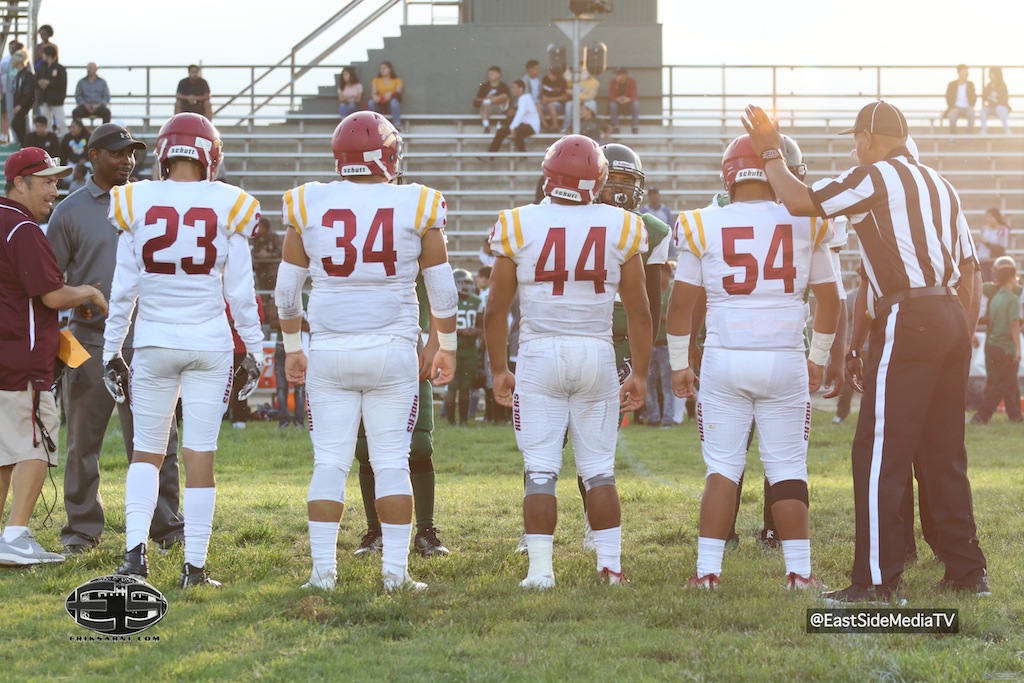 The Rough Riders came out strong entering their 2018 football season opener running past the Gardena Panthers from the get go. Roosevelt’s running attack was to strong scoring 5

rushing touchdowns in the first half. Frankie Cruz scored on touchdown runs of 21 and 46 yards. Quarterback Andres Flores followed up with a 3 yard touchdown run up the middle to

give the riders a 19-0 lead with eight minutes to go in the 2nd quarter. A fumble recovery by the defense gave the ball back to the riders in Gardena territory which led to running back

Adrian Soria scoring from 3 Yards away. Roosevelt 25, Gardena 0 in the second quarter with six minutes to go. With another tough defensive series the Rough Riders held Gardena on

downs. Minutes later running back Carlos Perez would take it 27 yards down the field to the end zone giving  Roosevelt a 32-0 lead with just under 5 minutes in the half. From that point

on Coach Aldo Parral would sit out his starters on both offense and defense and substitute some of his reserve players. By the half the Roosevelt Rough Riders were up 33-6 and

eventually would run off the clock in the 3rd and 4th quarter to seal the victory.

The Rough Riders now possess a 1-0 record. They play next when they host North Hollywood for a non-league contest 7pm Friday, August 24. Roosevelt will play a Huskies squad coming off a 21-13 non-league win over Bassett (La Puente, CA). The Huskies record now stands at 1-0.