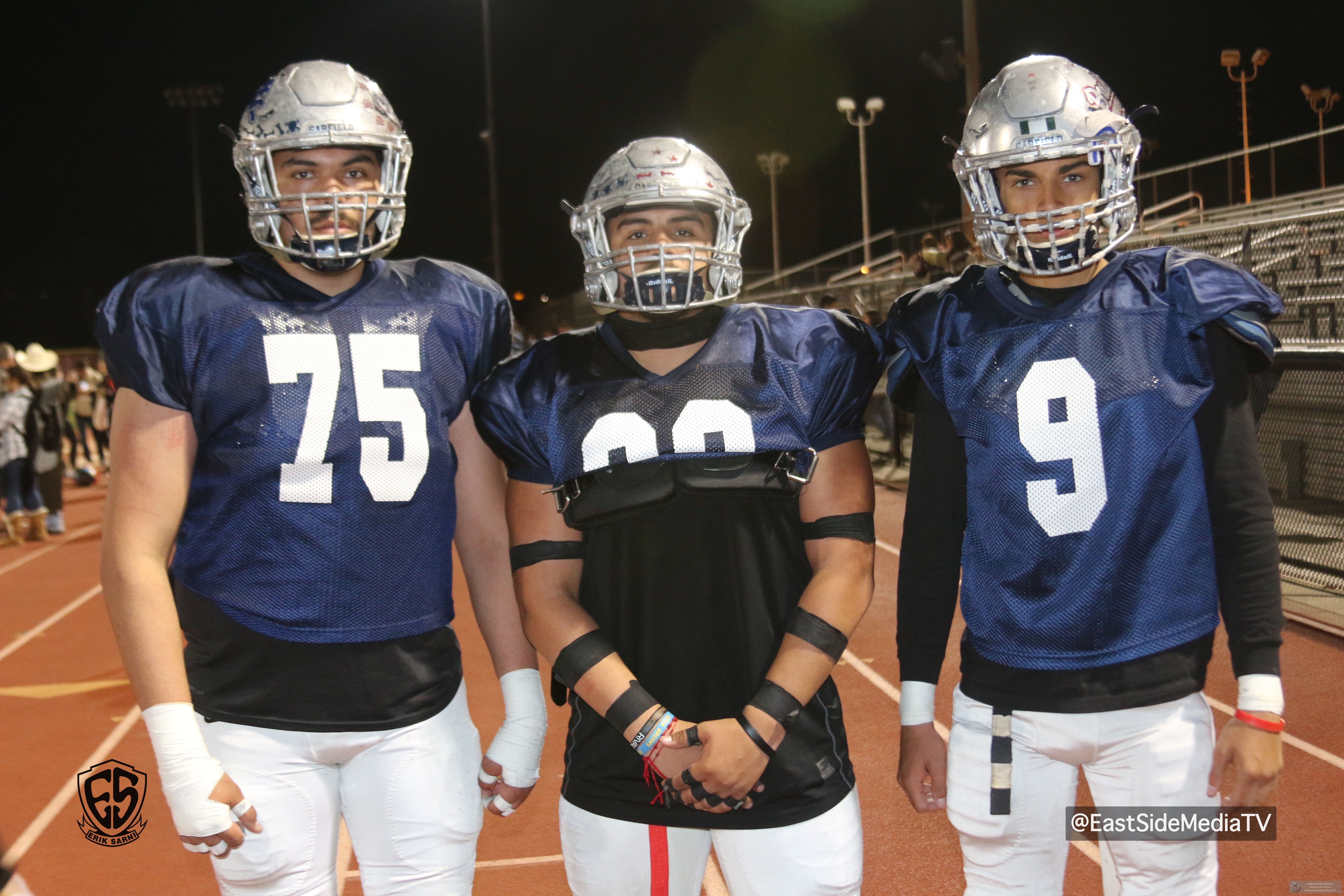 (Arcadia) – The South used big plays to knock out the North 28-3 Friday night in the All-Star Game at Arcadia High.

After a scoreless first quarter the North got on the board first when Christian Reyes booted a 41-yard field goal early in the second for a 3-0 lead. It was all South after that as they reeled off 28 straight points.

They didn’t waste any time. The North lead lasted all of 16 seconds as Que Allen of St. Paul took the ensuing kick off 103 yards for a touchdown and just like that it was 7-3. Four minutes later with the North driving it was another St. Paul player in the spotlight again as Andrew Suarez stepped in front of an Ethan Henry pass and returned it 90 yards for the score. The North appeared to be on the verge of taking the lead but after Suarez’ play they now found themselves down 13-3.

The South took that lead into the half. Things didn’t get better for the North in the second half. Neither side scored in the third quarter. The South turned the ball over on its first possession of the quarter and missed a field goal later but the North failed to take advantage as the offense continued to sputter.

The South then blew it open in the fourth. Workman’s Ike Udengwu III reared back and fired a strike to Jarvis Deven of Bishop Amat in stride. Deven hauled it in and strutted into the end zone for a 52-yard score to give the South a 20-3 lead.

After another North punt the South pieced together a drive that culminated in a seven-yard touchdown jaunt by Allen – his second touchdown of the night with just 2:03 left. Quarterback Noah Hickman kept it himself after a bad snap and rolled into the end zone for the two point conversion for the final points of the night.

Despite offensive firepower in the form of Arroyo quarterback Ernesto Camacho and Arcadia receiver Rolandiss Whitener, the North couldn’t gain any momentum. The South defense was in shut down mode all night.

Allen earned Offensive MVP for the South for his efforts.