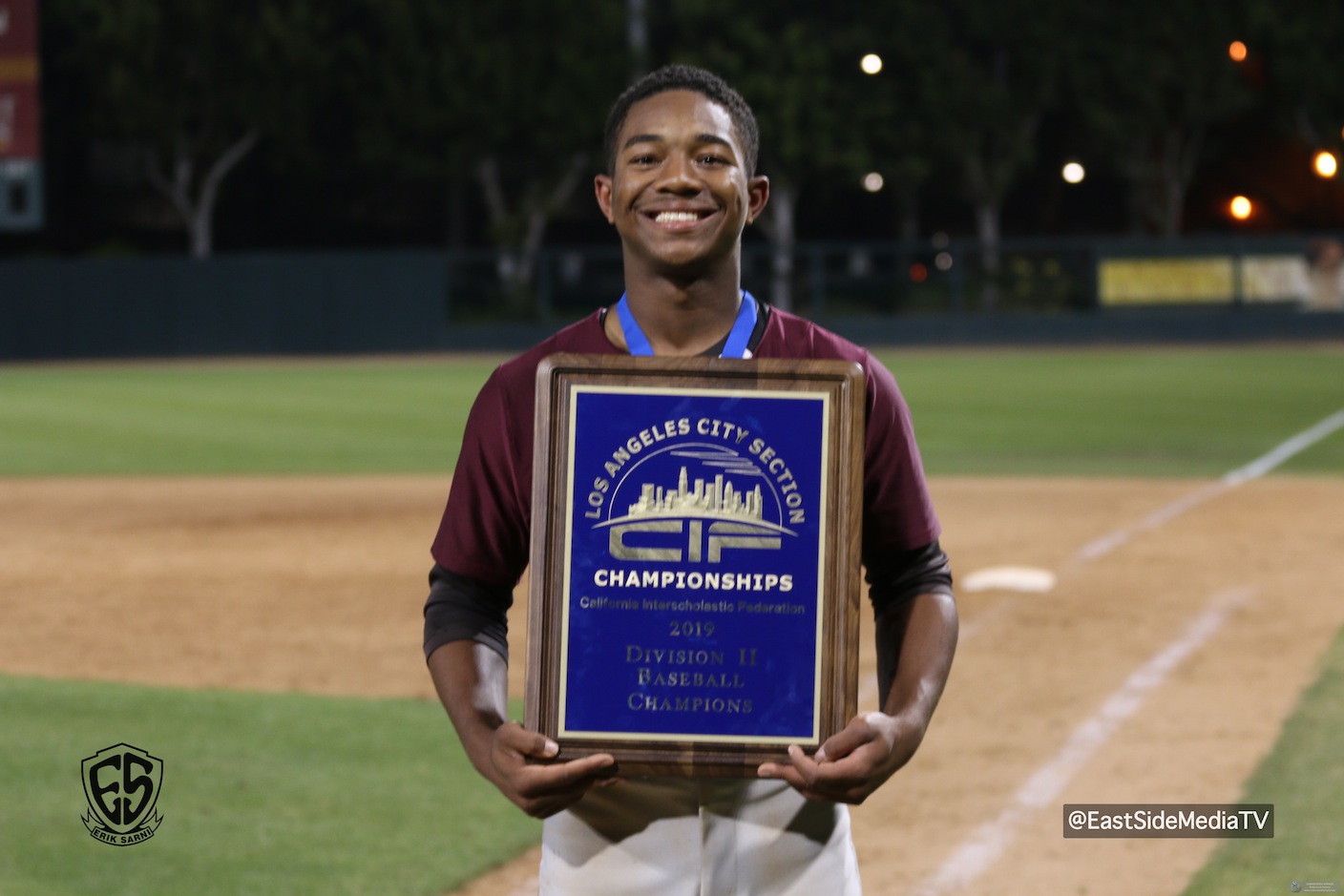 LOS ANGELES — With two outs the entire front row at USC’s Dedeaux Field, Valley Academy of the Arts senior Rasheed Bilal was serenaded by the chants of M-V-P! M-V-P!

All cameras pressed up against the soft netting. After carrying the team with his bat Bilal pitched and recorded the final six outs as to help VAAS clinch the CIF LA City Section Division II title 5-2 over South Gate.

Bilal showed why he may be one of the best kept secrets in Granada Hills for a program that started playing games in 2017. He went 3-4 with two RBIs and scored the go-ahead run and his team would add on two more in the seventh.

Seniors Miles Anderson, Mike Bernal and Sebastian Padilla each had hits in the seventh inning for VAAS (23-9) who tied the game 2-2 after an RBI single from Bilal.

Under coach James McFadden, a program whose roots started at Granada Hills Little League  will add 17 freshman and it hopes to make its way to playing Division I and perhaps Open Division in the coming seasons.

This game is a part of the “CIFLACS Baseball Playoffs – Division II“ tournament.