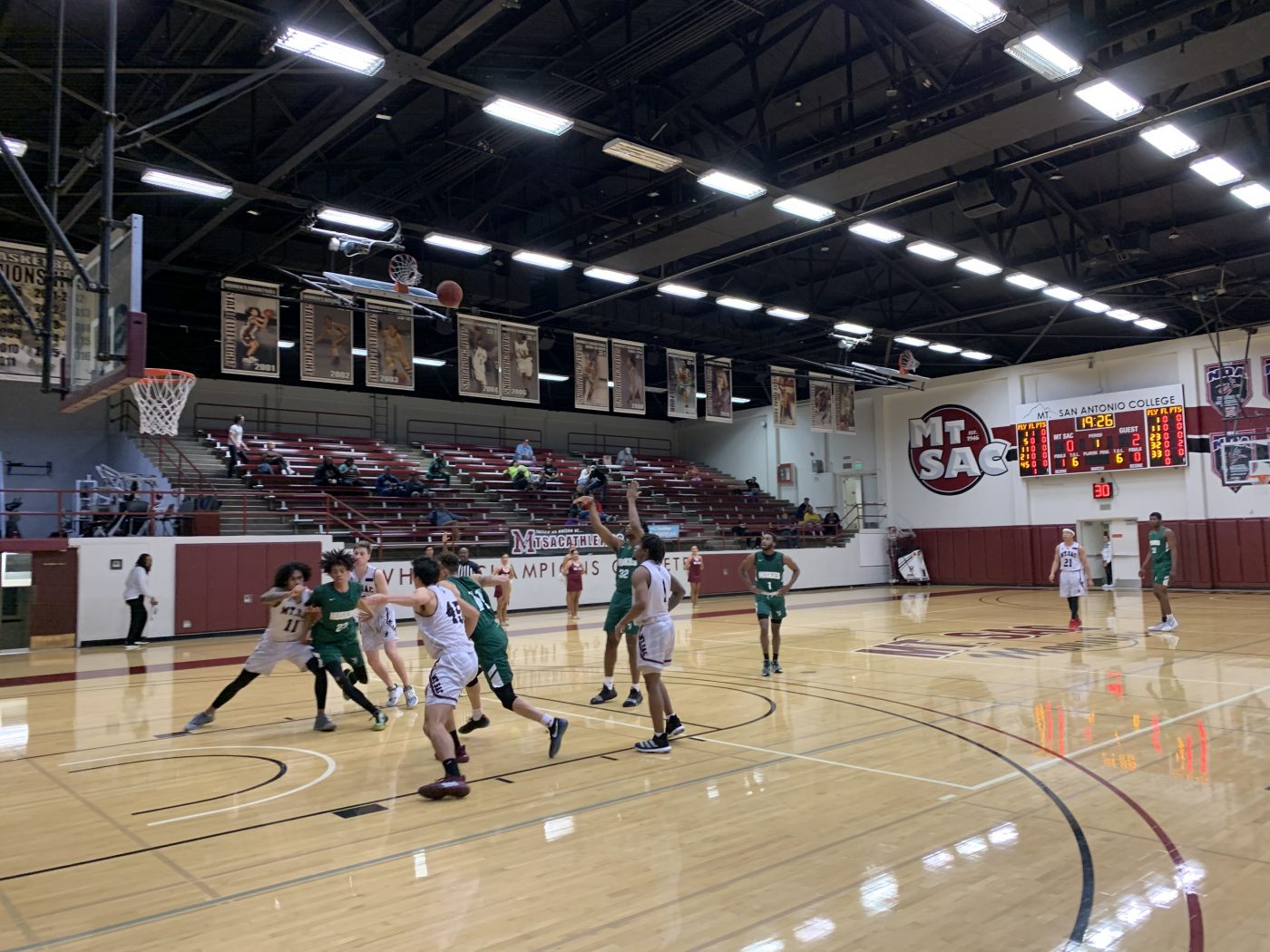 East LA Edges Closer to Santiago Canyon in the Race for No. 2

Three weeks remain in the 2019-20 season and every conference championship is still mathematically in play, although a few are realistically claimed.

The Western State-South division is a four-team race — literally — as LA Valley, West LA, Santa Monica and Citrus all begin the week deadlocked at 6-2. Ventura can get a step closer with a win over Allan Hancock this week in the Pirates’ pursuit for the Western State-North title. The South Coast-South title is back in play with Cerritos’ surprising loss to Compton last week. The Orange Empire Conference is living up it to its history as one of the toughest titles to bring home. Santiago Canyon and Riverside remain deadlocked atop the standings, with Fullerton, the defending state champions, and Saddleback two games back.

In the north, Redwoods begins the week holding a one-game lead over Shasta. Preseason favorite, Butte is third, two games back with four games to play. The Coast-South race is like a hot potato game, there is always some new each week holding the top spot. This week, West Valley, Cabrillo and Monterey (we are surprised, too) each hold a share of the division lead. Fresno City continues to fight off the competition, and all the Rams have to show for it is a one-game lead on Sequoias. The two will square off on Wednesday. The Big 8 Conference was close after Diablo Valley shocked Santa Rosa. However, the Vikings then went out and set their boat and title hopes ablaze with a loss to Sacramento. Santa Rosa will begin the week with a 2 1/2 game lead.

The other conferences/divisions are pretty much spoken for.

1. San Francisco City (22-0) — What is left to say? Twenty-two in a row, state’s only undefeated team, two-game lead on Las Positas for the Coast-North title. The Rams area easily the best team in the north and will be the region’s top seed for the playoffs. There really isn’t much to say. Oh, they visit Skyline on Wednesday and San Mateo on Friday.

3. East Los Angeles (22-1) — East Los Angeles continues to extend its college-record win streak. Last week, it reached 18 and by the looks of the South Coast-North division it should reach 23 games. The Huskies, who have five games remaining, is headed to their third straight outright championship. Although, East Los Angeles begins the week with just a half-game lead on LA Trade Tech, the Huskies will only see one team with an overall record above .500. And that team is LA Trace Tech on Friday. In their first meeting, East Los Angeles skinned the Beavers by 21 points.