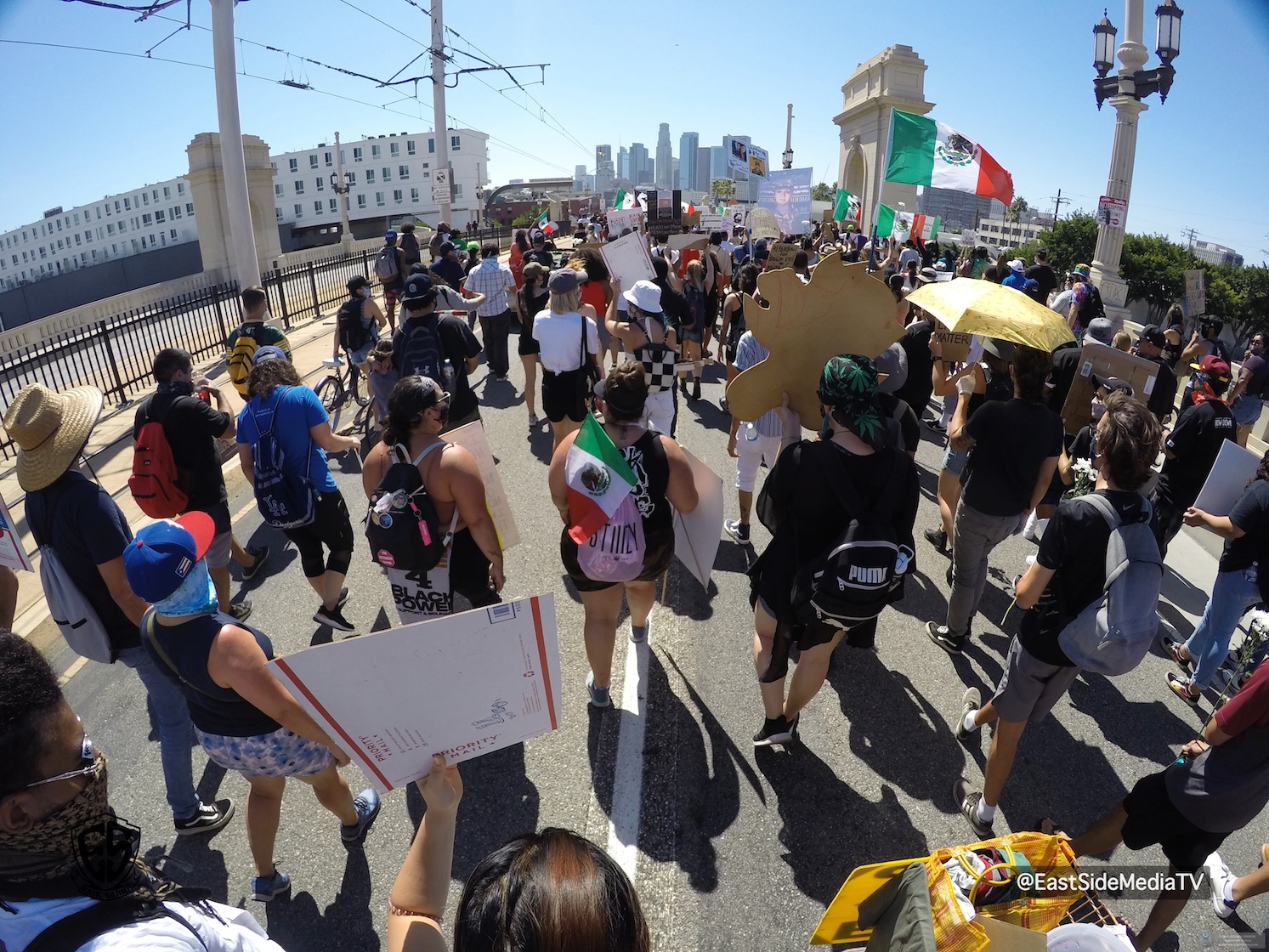 A march including L.A.’s Black and Latino communities brought people together Sunday. Latino activists thanked those from the Black Lives Matter movement for taking a stand against injustice.

LOS ANGELES (KABC) — In a show of unity between L.A.’s Black and Latino communities, activists marched from the First Street Bridge to Los Angeles City Hall, saying there is a need to come together and lead by example.

Some in the Latino community thanked the Black Lives Matter movement for speaking up and taking a stand after a number of recent police shootings.

“We’re out here to let the world know that us Brown have a voice too. We’re tired of no one paying attention to our kind. We support all Black community, but we also have our own issues that we need to get addressed,” said Klever with the United Brown Coalition.

The marchers say they want to create a better future for the next generation, one that allows everyone to live in peace.