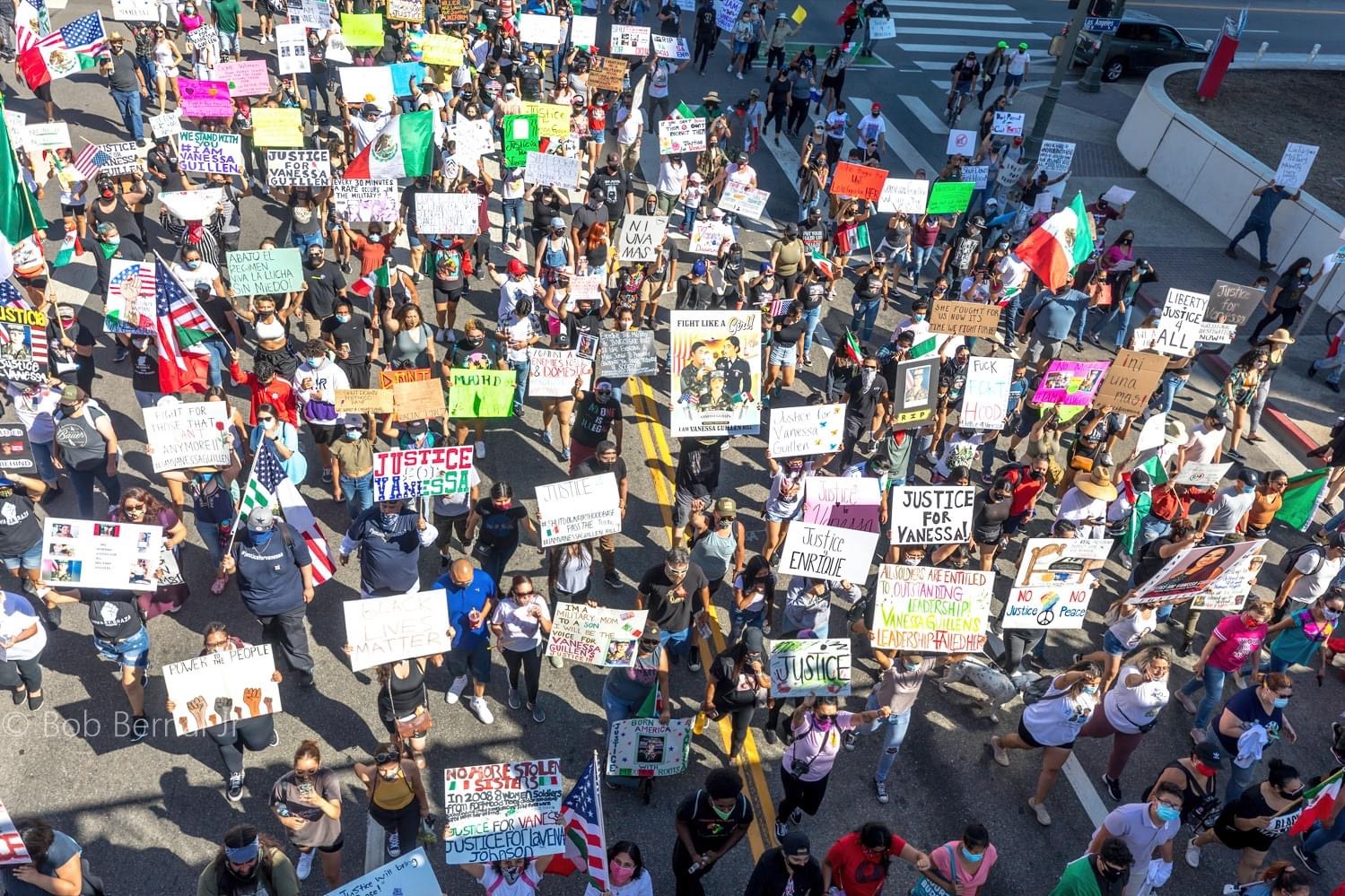 Approximately 500 protesters crowded Olvera Street at 2 p.m. and marched the streets of downtown Los Angeles in support of the “Massive Protest for Vanessa Guillén” on Saturday.

The protest’s purpose was to bring awareness to and demand justice for the deaths of Vanessa Guillén and Enrique Roman-Martinez — two young Latinos who both mysteriously died during their service in the military.

All Photos by Bob Bernal Jr

All Photos by Bob Bernal Jr