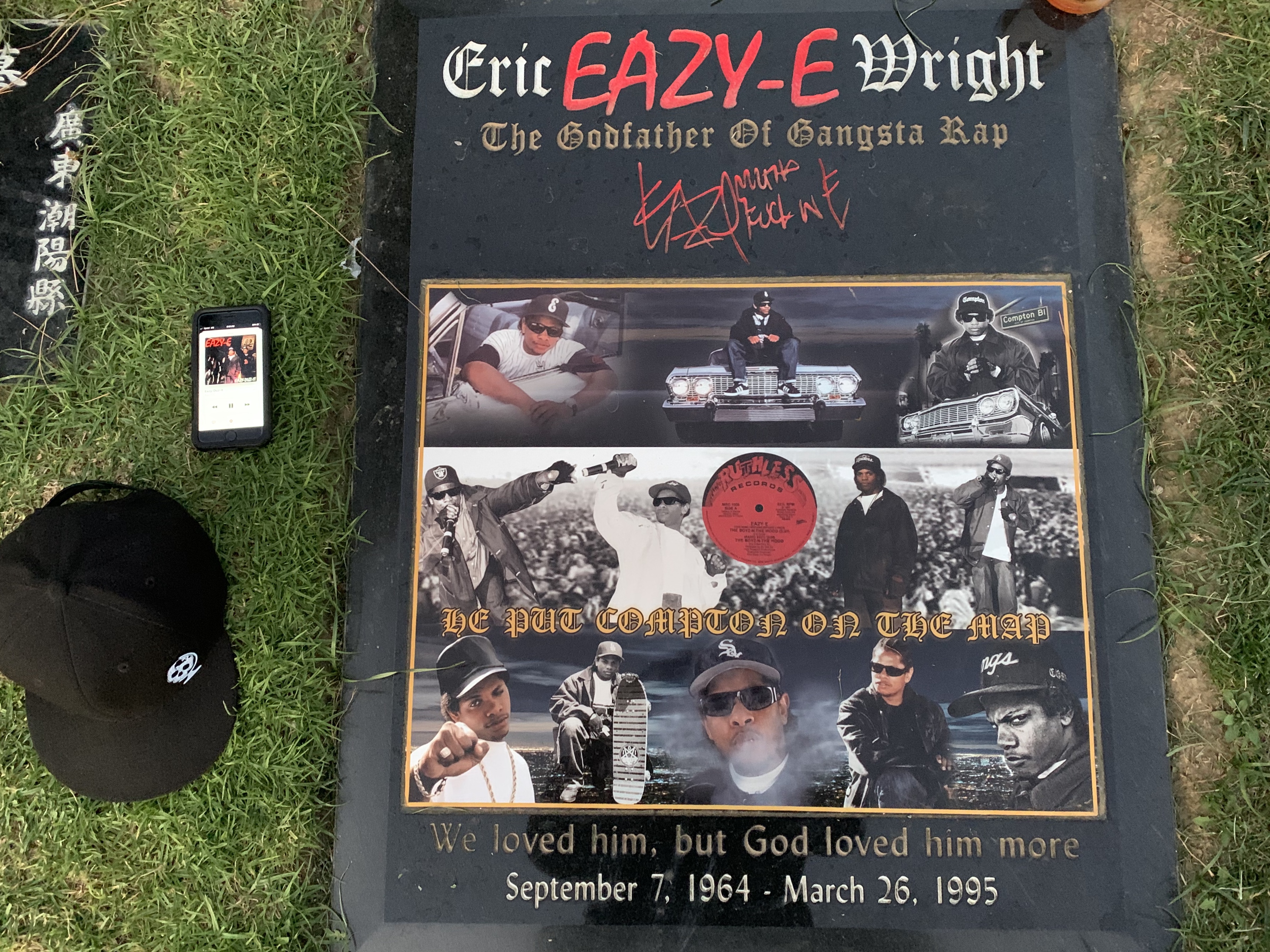 Born and raised in Compton, a small yet violent city near Los Angeles, Wright had several legal troubles before founding Ruthless in 1987.[4] After a short solo career with frequent collaboration with Ice Cube and Dr. Dre, they joined, forming N.W.A, later that year.

N.W.A’s debut studio album, Straight Outta Compton, was released in 1988. Controversial upon release, it is now ranked among the greatest and most influential albums. The group released its third and final studio album, Niggaz4Life, in 1991, and soon after disbanded.

During N.W.A’s splintering, largely by disputes over money, Eazy-E became embroiled in bitter rivalries with Ice Cube and Dr. Dre, who had departed for solo careers in 1989 and 1991, respectively. Resuming his solo career, Eazy-E released two EPs.[5] Yet he remained more significant behind the scenes, signing and nationally debuting the rap group Bone Thugs-N-Harmony from 1993 to 1994.

In 1995, Eazy-E was suddenly hospitalized and diagnosed with AIDS, and died due to its complications. He is often referred to as the godfather of gangsta rap.[6]