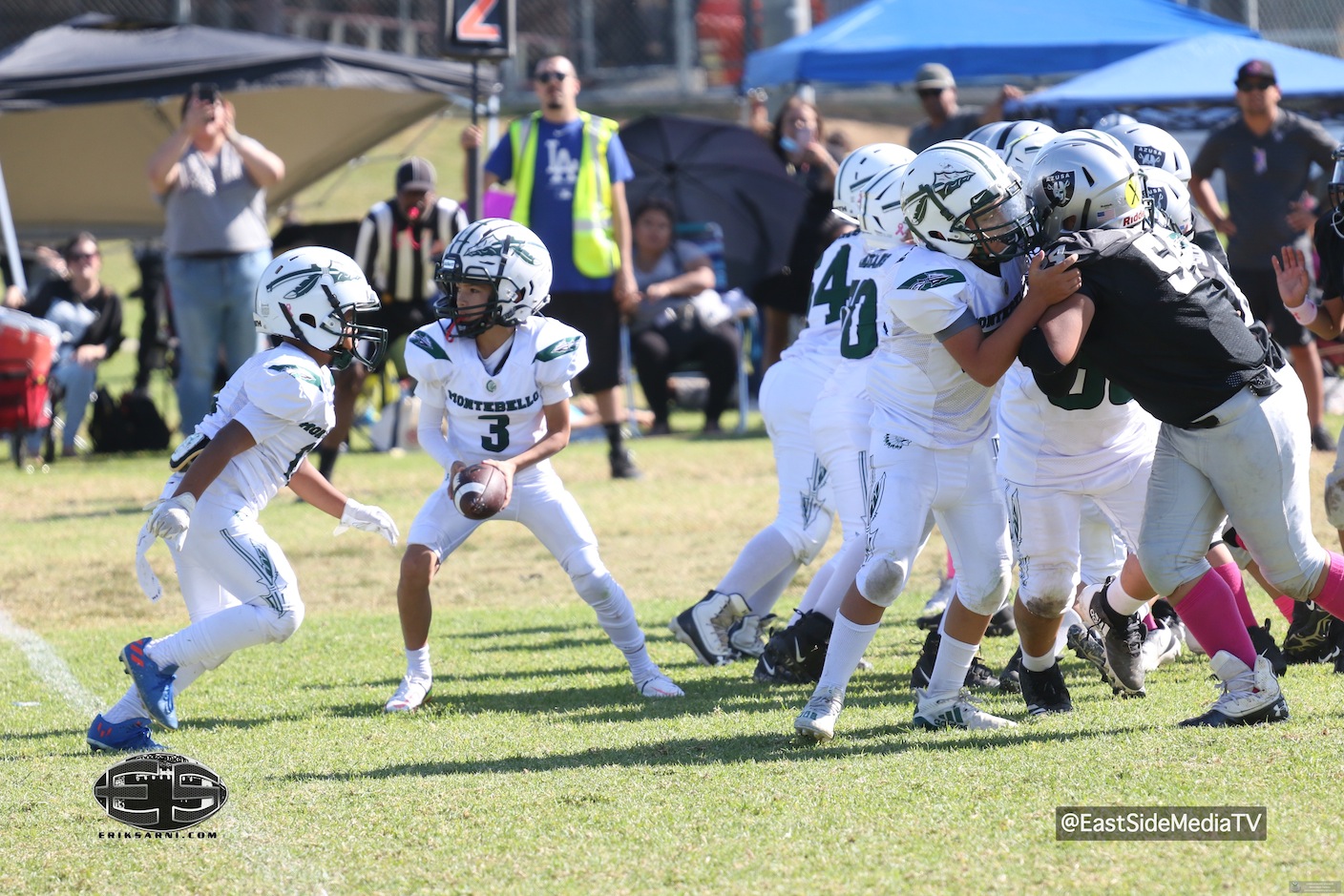 It didn’t take long for the Indians to bounce back after suffering their first defeat of the season. The Gremlins demolished the visiting Azuza Raiders, 40-0 on Sunday, 10/17 @ Grant Rea Park.

It was a resounding victory and it put the team back on track towards its ultimate goal of winning a Championship once again.

Defensive Coordinator, Chad Aldaco stated,” We got a taste of defeat, and our boys realized they DO NOT want to experience that feeling again. I firmly believe it refueled their hunger to win!”

The team was once again led by RB/DE, #34 Jorge Aldaco who crossed pay dirt five times, easily accumulating over 150 yards rushing. RB/DB, #21 Ethan Ponce rounded off the scoring with a late touchdown scamper to add an exclamation point to the win. QB/DB, #3 Mark “Shark” Flores, also contributed two extra point runs along with his stellar play calling at the helm.

The vaunted defense of the Indians, put together perhaps their best performance of the year this past Sunday. “Kudos to the Defense this week, specifically our D-Line. I couldn’t ask for much more.” stated Head Coach Santos Ponce. Among the standouts were NT, #64 Anthony Limon, DT, #58 Lukas Almanza, RT/DT, #50 John Noriega and LB, #59, Roman Alvarado.