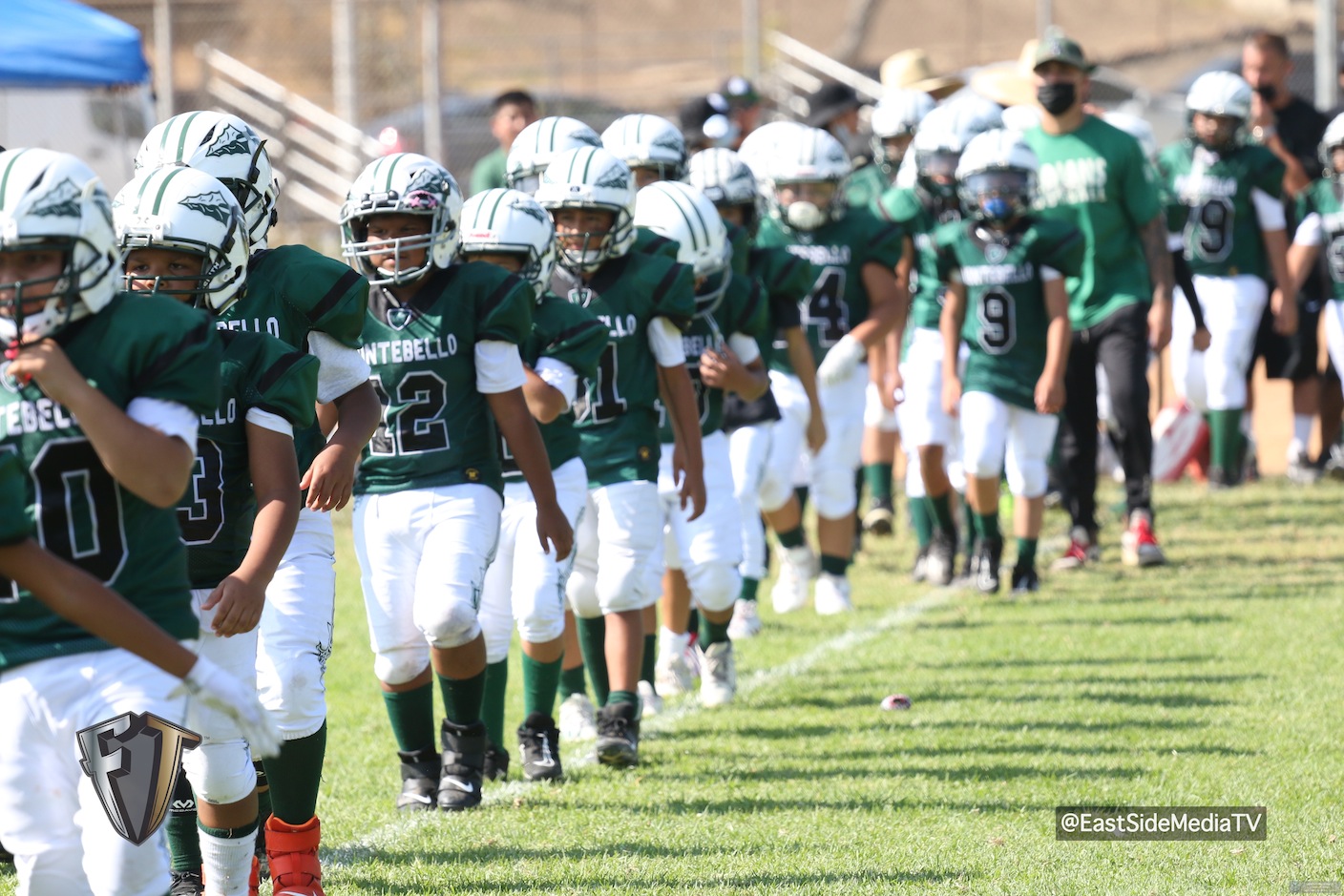 It was the barbaric defense once again of the Indians that stymied the host Warriors on Sunday 10/24. La Puente was unable to attain a first down in the game thanks to the ultra-aggressive tackle and sack thirsty visitors.

Leading the charge on defense were a collection of Indians who essentially submitted the Warriors. Ethan Ponce, #21 DB returned a late interception to the house to put an exclamation point to the victory. LB, #11 Joshua “Turtle” Henriquez, DT, #50 John Noriega, NT, #64 Anthony Limon and LB, #13 Derrick Tubbs wreaked havoc throughout the contest with several sacks, tackles for a loss and a multitude of devastating hits.

The offense was once again led by RB, #34 Jorge Aldaco with 3 touchdowns on 4 touches. DB/RB Daniel Luis, #1 capped off the offensive output with a nice scamper into the end zone for the visiting Indians.

“We played great, our defense was on point and I really feel that we are coming into our own as the playoffs near.”, stated Head Coach Santos Ponce.

The final regular season game on Saturday 10/30 was more of the same from the Gremlin tribe. The hosts intercepted 3 passes from the visiting El Sereno Stallions. Two by DB, #1 Daniel Luis, and the other by LB, #11 Joshua “Turtle” Henriquez.

RB/DE #34 Jorge Aldaco laid his claim to being one of the best players in the entire Gremlin organization by scoring 4 touchdowns via the run and throwing for another in a spectacular 65-yard flea flicker to the aforementioned Daniel Luis. QB, #3 Mark “The Shark” Flores ran in two conversion attempts to contribute to the assault.

“I feel that we are peaking at the right moment and have gotten stronger and become a more cohesive unit as the season has progressed.” “We are finishing strong and that is what is required as the playoffs loom around the corner”, stated Defensive Coordinator Chad Aldaco.

The Indians are now 7-1 and will enter as the #4 seed and face the 5th seeded Rosemead Rebels in a rematch of a previous game earlier this season, won by the Indians 20-6. The Quarter-Final will be held at a neutral site. Garfield High School in East Los Angeles will be the venue and the game will take place on Saturday 11/6 @ 8:30am.