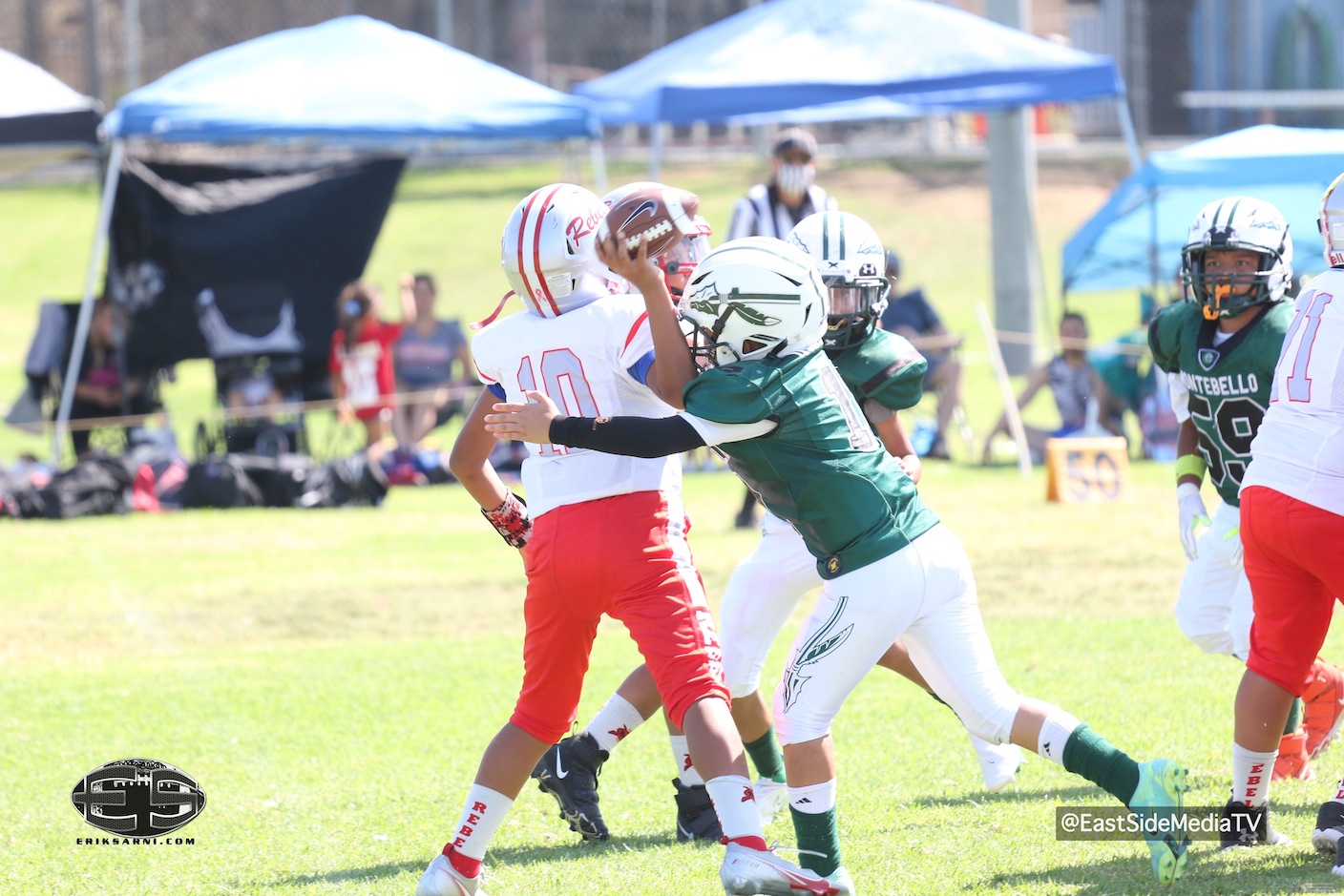 The Rosemead Rebels gave the Montebello Indians an early wakeup call on the morning of Saturday 11/6. The Gremlin tribe was caught off guard by the Rebels who quickly went up 12-0 in the opening quarter of their Quarter-Final match-up held @ Garfield High School in East Los Angeles.

According to Assistant Coach Albert Henriquez, “It’s just what the kids required to realize what was at stake. You either WIN or you GO HOME!”

Perhaps it was the early start, or maybe the squad took the Rebels for granted. The game commenced at 8:30am.

Whatever the case may be, the Indians catapulted back scoring four consecutive touchdowns and taking a 19-12 lead to the half.

The Indians regained their composure, battled back and won the game in convincing fashion. They were once again led by RB/DE #34 Jorge Aldaco, who accumulated 5 touchdowns, including a scintillating 70 yard go ahead score in the 2nd quarter from which the team never looked back.

The final tally was 40-18. Derrick Tubbs #13, FB/LB reached pay dirt once and also caught a great conversion pass by QB, #3 Mark “Shark” Flores to aid in the triumph.

Flores threw another successful conversion pass to #21, DB/WR Ethan Ponce as well as running one in. WR/DB #1 Daniel Luis scored the additional conversion on the ground.

Head Coach Santos Ponce stated,” They punched us in the face initially and I’m just glad our kids overcame adversity and were able to come back and perform!” “It says a lot about them, they will be ready for whoever we come across next!”

The Tribe will now face the team who gave them their only blemish in their season. The West Covina Gold Bruins await. It will be a much anticipated rematch.

The game will be on Saturday 11/13 at 12pm at Covina District Field.