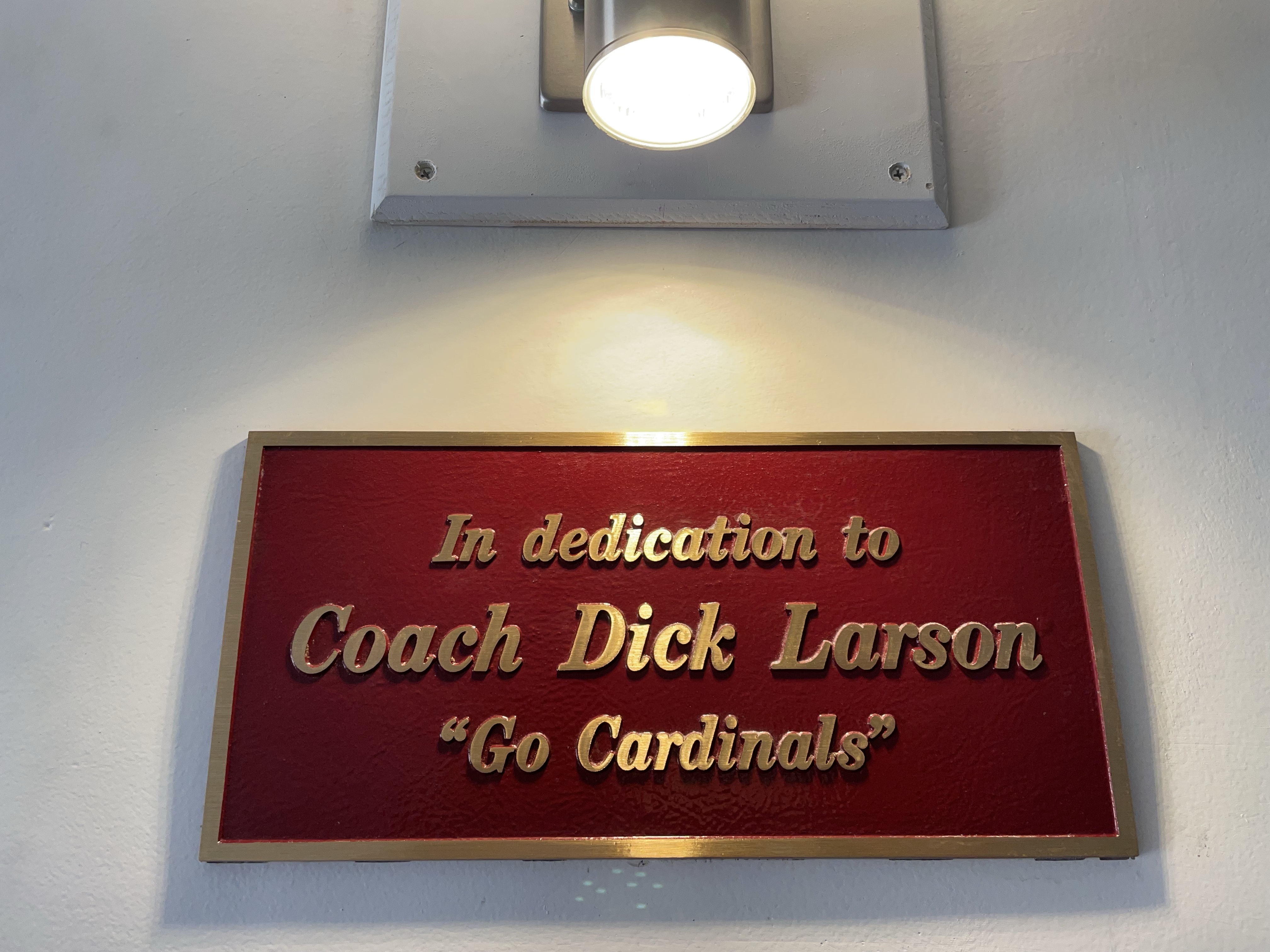 In a ceremony attended by former players and coaches, family and friends, Cantwell Sacred Heart of Mary High School dedicated its venerable field house in the memory of Coach Dick Larson, arguably the greatest Cardinal of them all who passed away in 2019.  A bronze plaque with the inscription: “In Dedication to Coach Dick Larson; Go Cardinals” has been placed inside the facility, which serves as a locker room and houses weight training equipment and coaches’ offices. As a senior, quarterback Richard Larson led the 1952 Cardinals to their second Catholic League title in four years. A multi-sport athlete, he also excelled in baseball. But football was his passion, and he received a scholarship from the University of Minnesota and then went on to play professionally. Larson hung up his cleats to pursue opportunities in coaching at the high school level, which proved to be his calling. He returned to Cantwell to work as an assistant under Greg Kabat, the Cardinals legendary coach whom Larson had played for at Cantwell. It didn’t take long for the hard-working and talented Larson to get noticed by rival schools and he became a head coach a short time later. He returned to Cantwell again only this time as its new head coach for the 1968 season. The Cardinals enjoyed immediate success in their first season under their new coach, by going 7-2. Cantwell won the Santa Fe League title just two years later in 1970, which was the Cardinals’ first league crown since Larson’s senior season in 1952. Besides taking league in 1970, his teams finished second three times during his six-year run, all the while earning the respect of the Cardinals’ opponents. Damien High School lured him away from Cantwell and he continued to have much success. He guided Damien to two CIF Southern Section titles during his 23 years at the school. In all, Larson’s teams won 232 games during his 32 years coaching at the varsity level. Damien named its field after him in 2010.

Photos By East Side Media TV