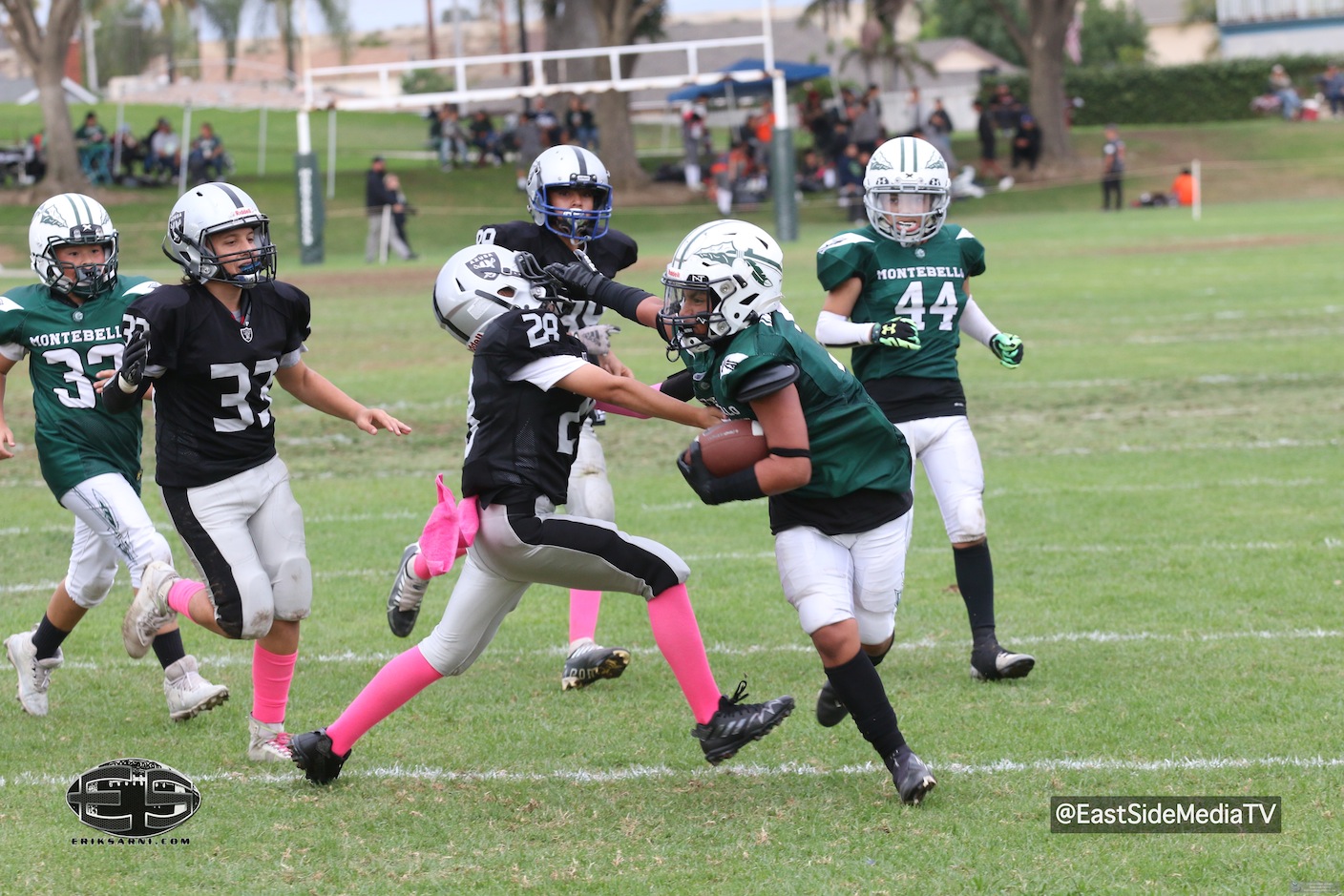 The Montebello Indian Pee Wee (12U) team had been on an impressive roll reeling off six consecutive victories in astounding fashion. The Azuza Raiders were the 6th victim, losing 38-0 on Sunday October 16th at Grant Rea Park. The tribe however was defeated the following week October23rd by the Whittier Redskins 22-6 at home to end the regular season with a 6-2 record.

In the Azuza contest, the Indians were led by familiar faces in Bryan Trevizu #11 (QB/LB) & Vincent “V” Naranjo #2 (RB/LB). Trevizu scored 3 total touchdowns, including a 65 yard interception return along with 2 short runs from 5 and 2 yards out respectively. Naranjo had a 5 yard touchdown run and returned a blocked punt by Timothy Gama #99 (DE/G) 13 yards for the hosts. Christian Reza #44 (RB/LB), Nathaniel Flores #1 (DB/RB), Miko Acosta #5 (S/RB/QB) and the previously mentioned Naranjo were all owners of a two point conversion each, hence the 38-0 final.

Against the visiting Redskins, the Indians played a tough game and were ultimately done in by the big play. QB #13 Jacob Torres connected twice with WR #11 Joseph Rodriguez on two passing touchdowns that were the difference in the game. RB #33 Isaiah Gallardo also contributed on the ground with close to 100 yds rushing and a touchdown run. Opposing Head Coach Ruben Garcia, a former Indian coach himself, stated, “We knew we were coming into a hostile environment with the crowd and a well coached team. The boys responded well and were prepared.”

The hosts lone touchdown came from Trevizu in the 3rd quarter on a 5 yard run. With the blemish Montebello will be a five seed and play the 4th seeded Covina Vikings. Whittier secured the two seed and will play seven seed El Segundo in the Quarter Finals on Sunday 10/30 @ Covina District Field.