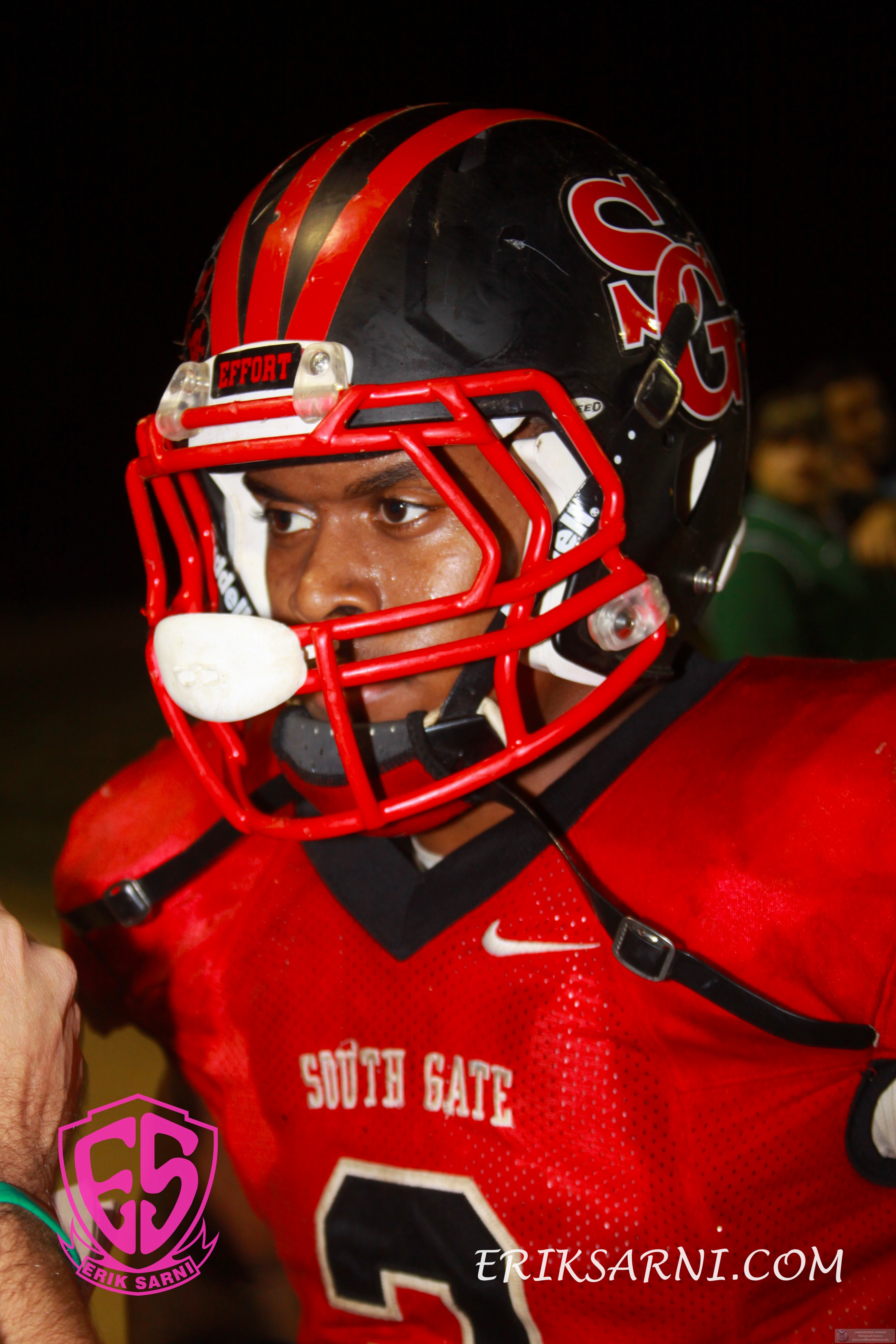 Sean Ceglinsky / For The Times

Lavell Thompson is arguably one of the premier players in the Los Angeles City Section. The senior running back from South Gate proved as much Friday night against East Los Angeles Garfield. His effort, however, came up a tad short.

The 5-foot-7, 185-pounder was effective from start to finish. Still, Thompson was left to think about what could have been after a 23-19 Eastern League loss at home in which he finished up with 171 all-purpose yards and a pair of touchdowns.

“I went out there and did what I could do,” Thompson said. “I felt like I left it all on the field, and as a leader on this team, that’s what I’m supposed to do. My job is to lead by example. If I’m not doing that all the time, then there is something wrong.”

Plenty was at stake for Thompson & Co. South Gate (6-2, 3-1), after all, entered as the No. 1 team in Division II. For a while, with his 22-yard touchdown run and 26-yard score, it appeared as if the team was in position to strengthen its hold in the rankings.

Things fell apart, unfortunately for South Gate, as Stevie Williams engineered a memorable comeback for the Bulldogs (6-2, 4-0). The senior quarterback and his teammates scored 15 points in the fourth quarter after giving up 19 unanswered points prior to the final flurry.

With the favorable result, Garfield figures to earn much-needed added respect in Division I, where the likes of Harbor City Narbonne and Los Angeles Crenshaw typically receive most of the attention. That said, Carson and San Pedro are also in the mix.

As for Thompson, he can take consolation in the fact, for one, the Rams had a chance to win. Secondly, after 2,331 rushing yards and 30 touchdowns last year, one of the City Section’s best backs took another step toward proving the effort was not a fluke.