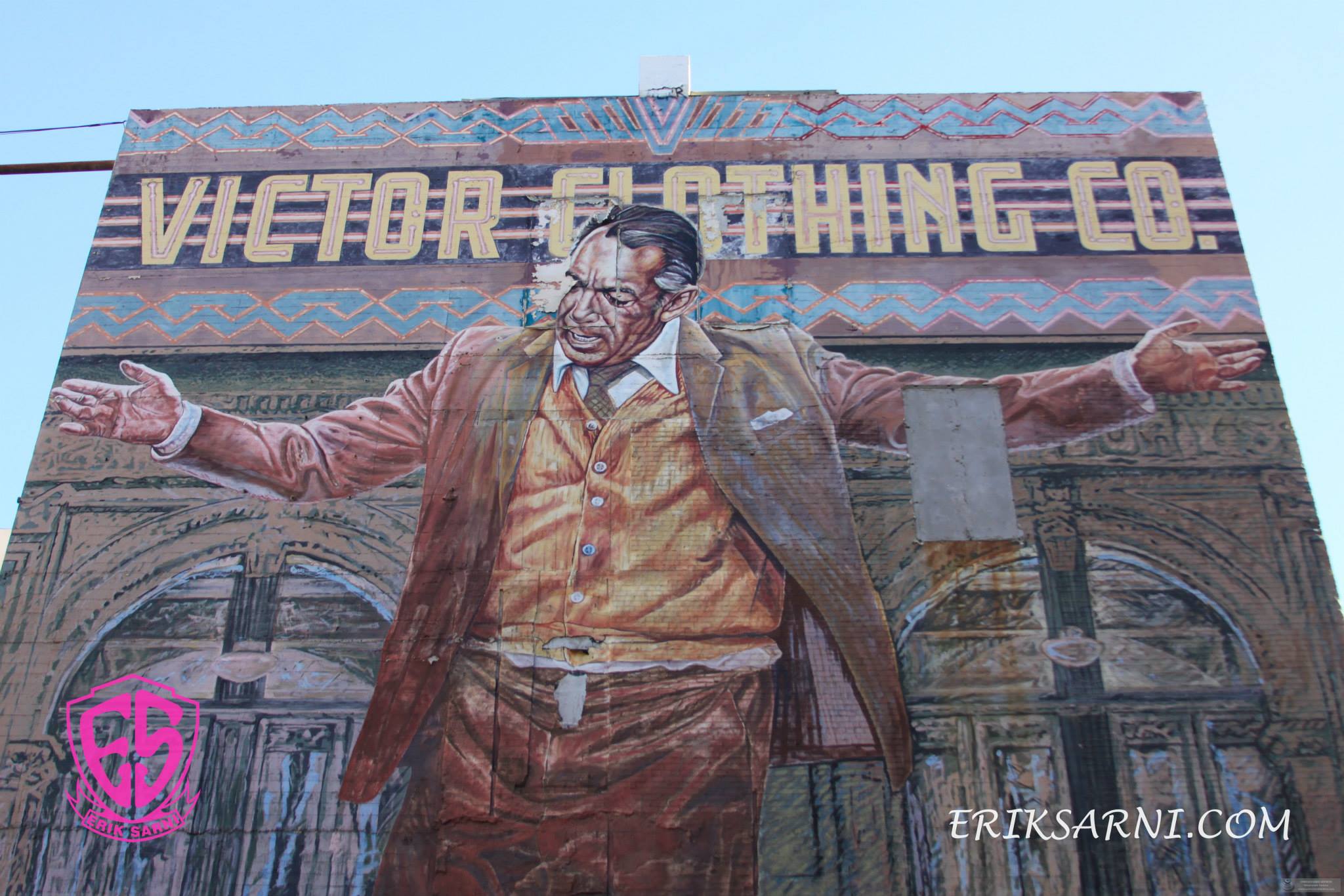 What an amazing event to celebrate MCLA’s upcoming restoration of Eloy Torrez 1985 “Pope of Broadway!” Our gratitude goes to all attendees and to Councilmember Jose Huizar for making this possible; to Eloy and Valentina for never giving up and for dreaming with us about the possibilities; to Tanner and to Jessica for helping expedite the process, and to all our supporters who are helping position our city as one of the art capitals of the world! “MCLA”

The mural was created in 1985 by famed artist Eloy Torrez using multiple artistic methods to depict Mexican-American actor Anthony Quinn on the building known as the Victor Clothing Company building at 242 S. Broadway.

According to Eloy Torrez, Quinn’s outstreched arms present a warm gesture to the homeless in the area. Quinn grew up in East Los Angeles. The nearby Bradbury Building inspired the background arches and floor tile work.*

Over the years the mural has chipped, lost color and suffered moisture damage, graffiti, and other deterioration. Now, through Councilmember Huizar’s efforts, $150,000 has been secured for the effort, and the Mural Conservancy of Los Angeles to lead the long-awaited restoration work on this iconic mural.