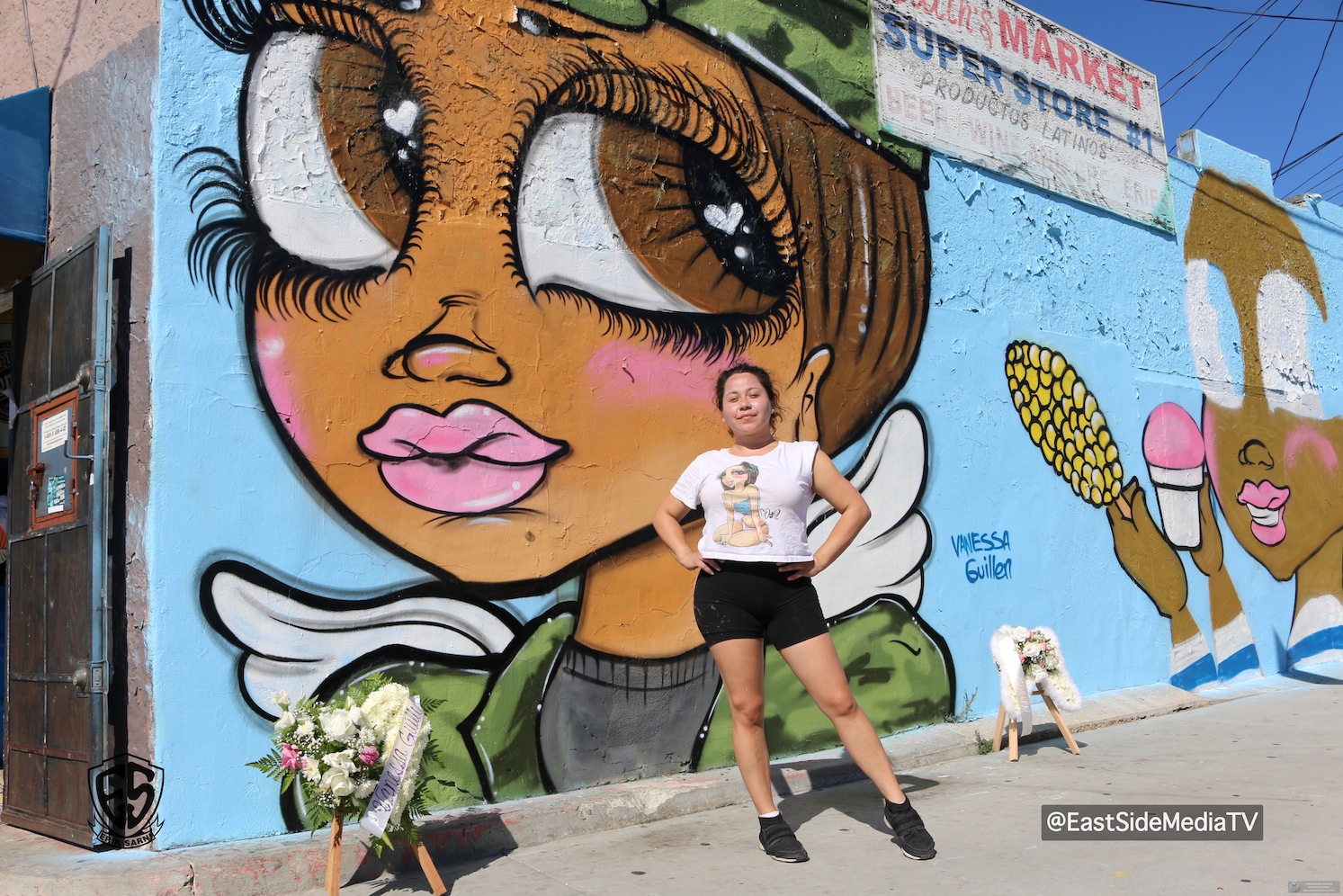 Tucked in the corner of Edith’s Market in East Los Angeles is a vibrant new mural commemorating the life of Vanessa Guillen, a U.S. Army soldier who investigators believe was killed by a fellow soldier months ago.

Army Doll with wings is in honor of a young woman who went missing while at her base in Fort Hood Texas, after speaking up on being sexually harassed by fellow army men 💕#vanessaguillen