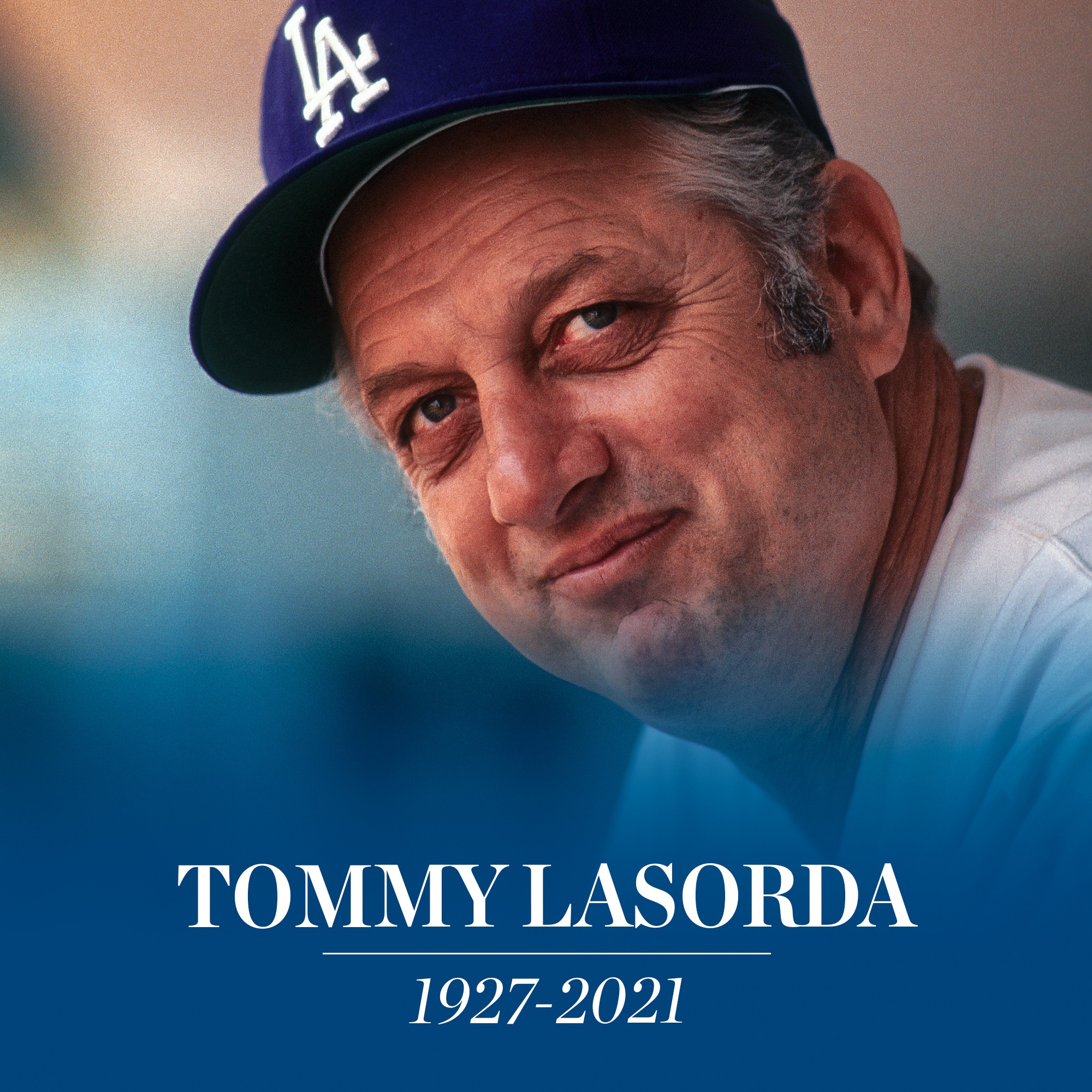 Tommy Lasorda has passed away at the age of 93

Tommy spent 71 seasons in total with the Dodgers in some capacity, with the last 14 years spent as a special advisor. Tommy leaves behind his wife Jo, who he married 70 years ago in April of 1950. He will be so very missed in Los Angeles, and there will truly never be anyone like Tommy.

Lasorda took over as manager of the Dodgers in 1976 when Walter Alston retired. Tommy would go on to win almost 1600 games, including 2 World Series and Gold Medal at the 2000 Sydney Olympics.

The Dodgers Hall of Fame manager Tommy Lasorda returned home to blue heaven on earth one last time. Almost two weeks after he passed away from heart failure, Tommy was brought to Dodger Stadium for a celebration of life that was more than fitting for him.

Lasorda was surrounded by players and friends from his storied history with the Dodgers, including iconic names like Mickey Hatcher, Mike Scioscia, and Eric Karros. The ceremony was held just before a graveside memorial service where Tommy would be laid to rest.

Randy Torres of CSHM signs with The University of Antelope Valley