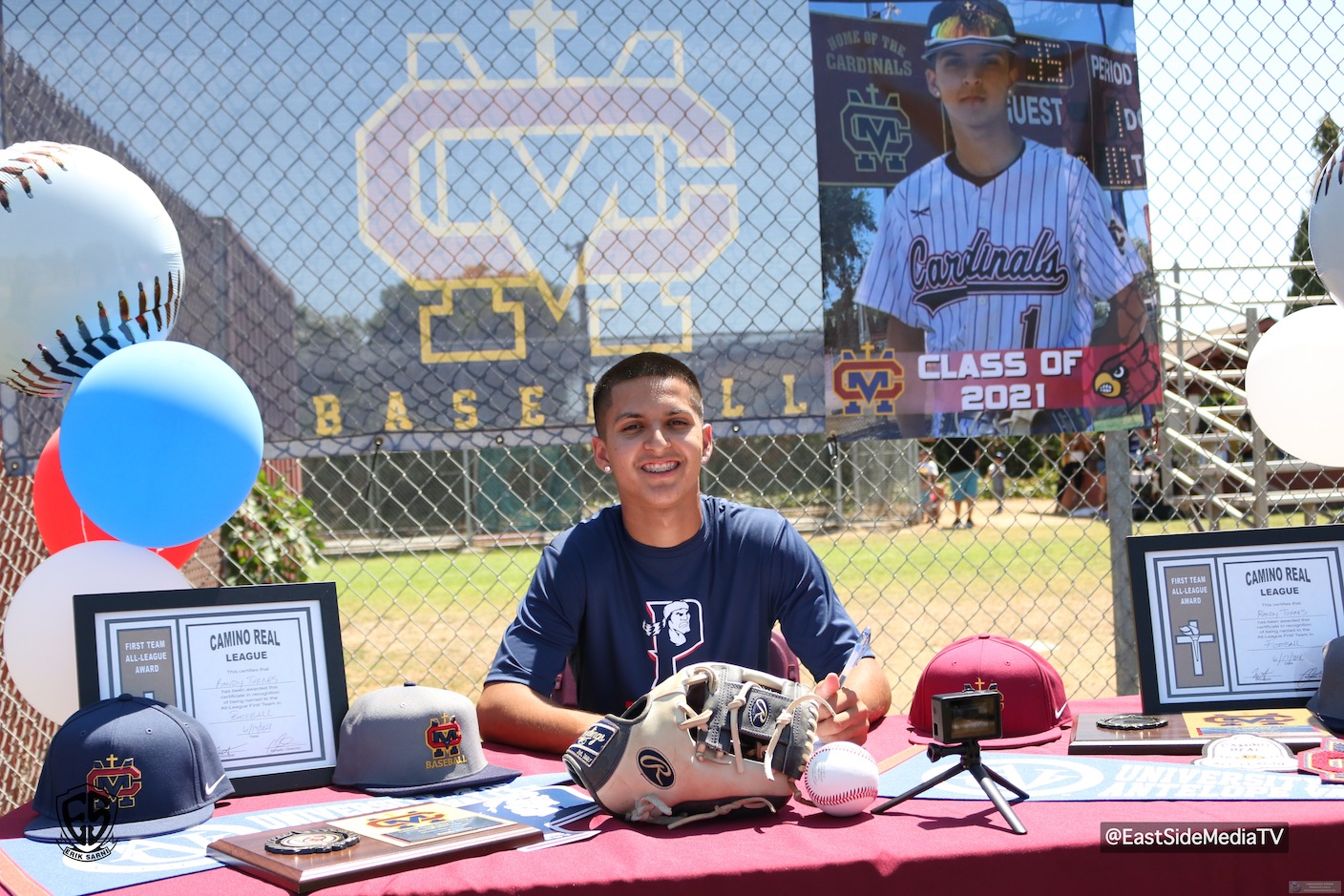 CSHM would like to congratulate Randy Torres on signing with The University of Antelope Valley to further his Education and Baseball career.
GO CARDINALS BASEBALL ⚾️

Randy Torres played baseball since he was two years old at YMCA in Whittier, Randy then started playing ball at Smith Park in Pico Rivera and won numerous championships there and also played on a few travel teams such as (Oakley Sting Rays, Mizuno Rebels, and Bandits) When it came to football Randy  played for the Pico Rivera Dons for three years. He started his high school career at California High School in Whittier, until the end of his junior year where he decided to transfer over to Cantwell Sacred Heart of Mary his senior year.

“It which was the best decision I have made for my self, when I transferred over to CSHM I played football and baseball where I have earned 1st team all league in both sports, and offense player of the year in football, and MVP in baseball”

“I earned multiple scholarships for both sports which made his decision even harder. “it was stressful but all I can say is I prayed on it and put it in gods hands and after numerous weeks being undecided I finally chose baseball.  The reason why I chose baseball over football is because ever since I was younger it was always my goal to play at the college/professional level for baseball. One last thing I would like to say is, I am thankful for all my coaches and family for helping me develop into the ball player and the man I am today”

In One For The Ages, Jr. Pee-Wee Indians Oust Eagles  With Late Comeback, 16-14, Propelling Them To The  “Ship!”