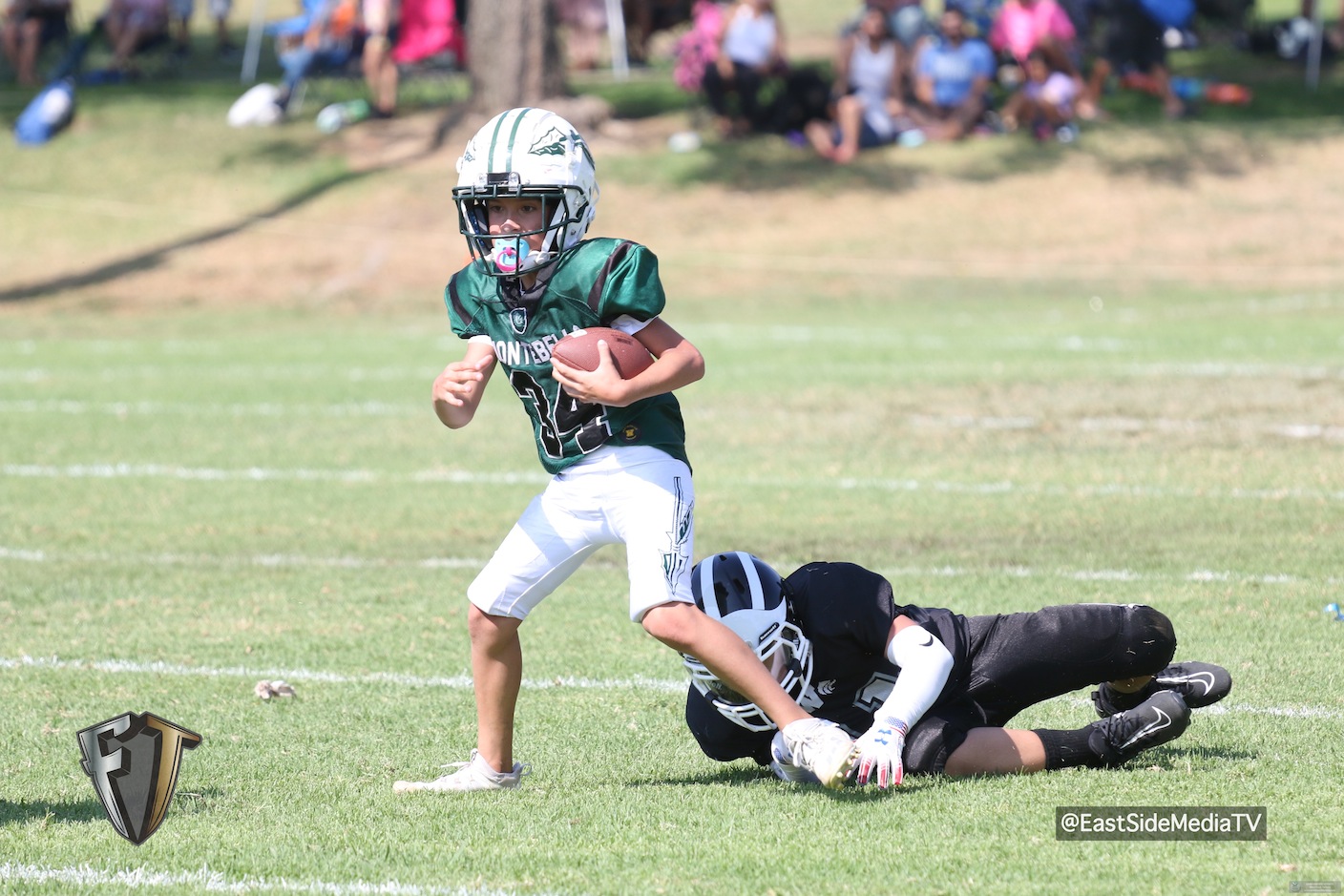 The Gremlin (10U) Indians of Montebello are off to a 3-0 start to commence their much anticipated return to the gridiron.

The Indians travelled to Pico Rivera and pulled out a hard fought victory over the host Dons 13-6 on 9/11. They then hosted the Boyle Heights Wolfpack on 9/19 and punished them 28-0. The visitors did not attain a first down until the 4th Quarter in a game dominated by the Indians dominant defense.

The team returns several members of their Junior Gremlin undefeated Championship Squad of 2019.

Jorge Aldaco has led the battle with five touchdowns in the first 2 games. Aaron Rodriguez, returned a stellar interception versus the Wolfpack for 80 yards.

Among the other newcomers to the Indian program that have contributed greatly are RT John Guardado, #50 who anchors the offensive line. LT Michael Sanchez, #75 has also made solid contributions.

“It’s a long season, but I like what I see from this young group of Indians,” stated Head Coach Santos Ponce.

The Indians upcoming schedule is as follows.