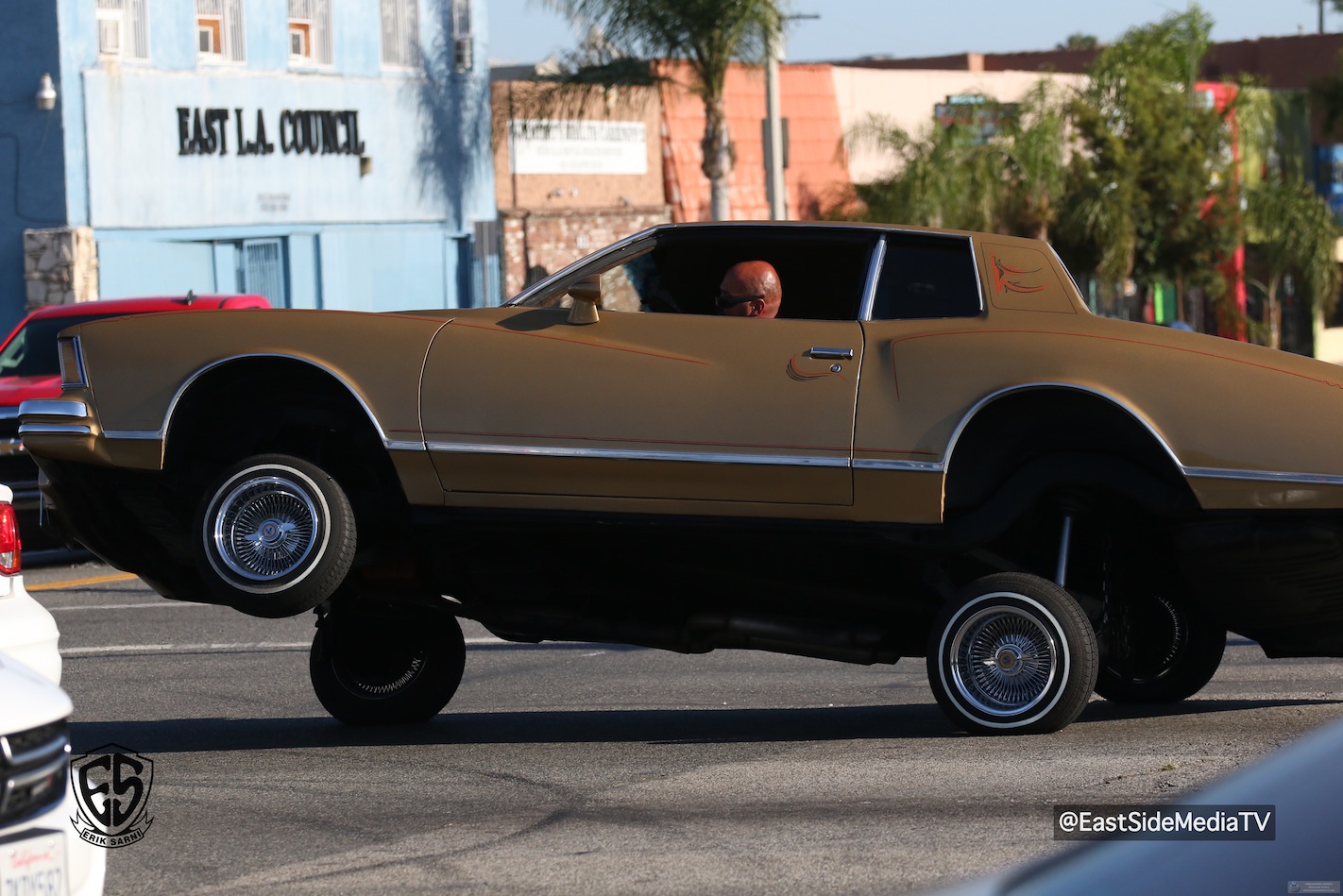 Sunday afternoon cruising on the boulevard in East Los Angeles

One memorable and still alive trend along Whittier Boulevard is the usage and showings of lowriders.[1] It has been said that East Los Angeles, specifically on Whittier Boulevard was one of the few first places that low riders began to appear around World War II and up until now, there are still low-rider showings along Whittier Boulevard, or anywhere in East Los Angeles. Drivers would compete against each other and hope to win the other driver’s car, known as “hopping for pink slips.”[2] The street itself became very popular because it became a place for low riders to come together and the locals would cruise up and down the streets. To this day lowriders are still being driven and meet ups occur, where those who still have cars and want to showcase them come together at parks, parking lots, etc. anywhere they find place and come in groups. In 1965, on weekend nights in East Los Angeles, Mexican-American teenagers would hop in their cars to cruise up and down Whittier Boulevard. There, they met up with friends while listening to radio DJ’s like Godfrey Kerr, Dick “Huggy Boy.[3]