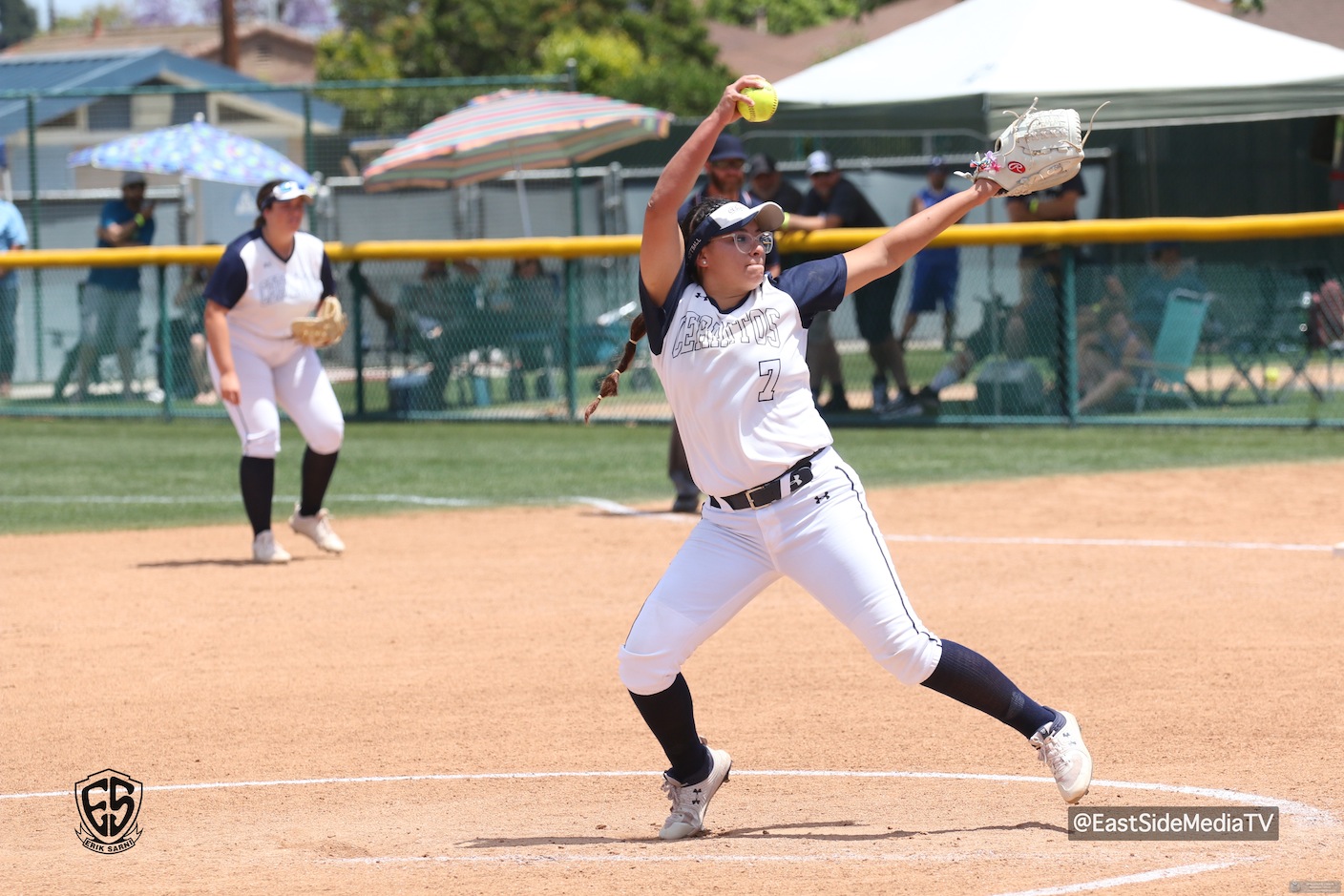 Islas, who was also voted the conference’s Pitcher of the Year, concluded the season with a 23-8 record with three saves, a 1.51 ERA and 186 strikeouts in 212 2/3 innings. The innings pitched ranked as the fifth most in the state this season, while her strikeout total put her eighth in the state. Islas appeared in 40 of the team’s 44 games on the year and completed 20 of her 29 starts. She started all four playoff games for Cerritos and started 13 of the final 17 games of the year.

She posted a season-high nine strikeouts against both College of the Canyons and Los Angeles Mission College.

The 23 wins by Islas are the 10th most in a season in school history, with her 186 strikeouts ranking her fourth in school history. Islas is also in the top 10 in appearances (seventh) and shutouts (10th).

As for Leduc, she led the team in RBI (42) and walks (25), while finishing the season batting .353 with eight doubles, four home runs, 49 hits and 34 runs scored. She also appeared in eight games in the circle and posted a 3-1 record with 13 strikeouts in 22 innings pitched. Her 25 walks were tied for the sixth most in the state and ranked in the top 20 in the state in RBI.

She had a season-high nine-game hitting streak followed by an eight-game hitting streak which saw her go a combined 27-for-57 (.474). Leduc turned in a six-RBI game against Los Angeles Harbor College and drove in runs in 23 games this season. She didn’t go more than two games without a hit and had 12 multi-hit games.