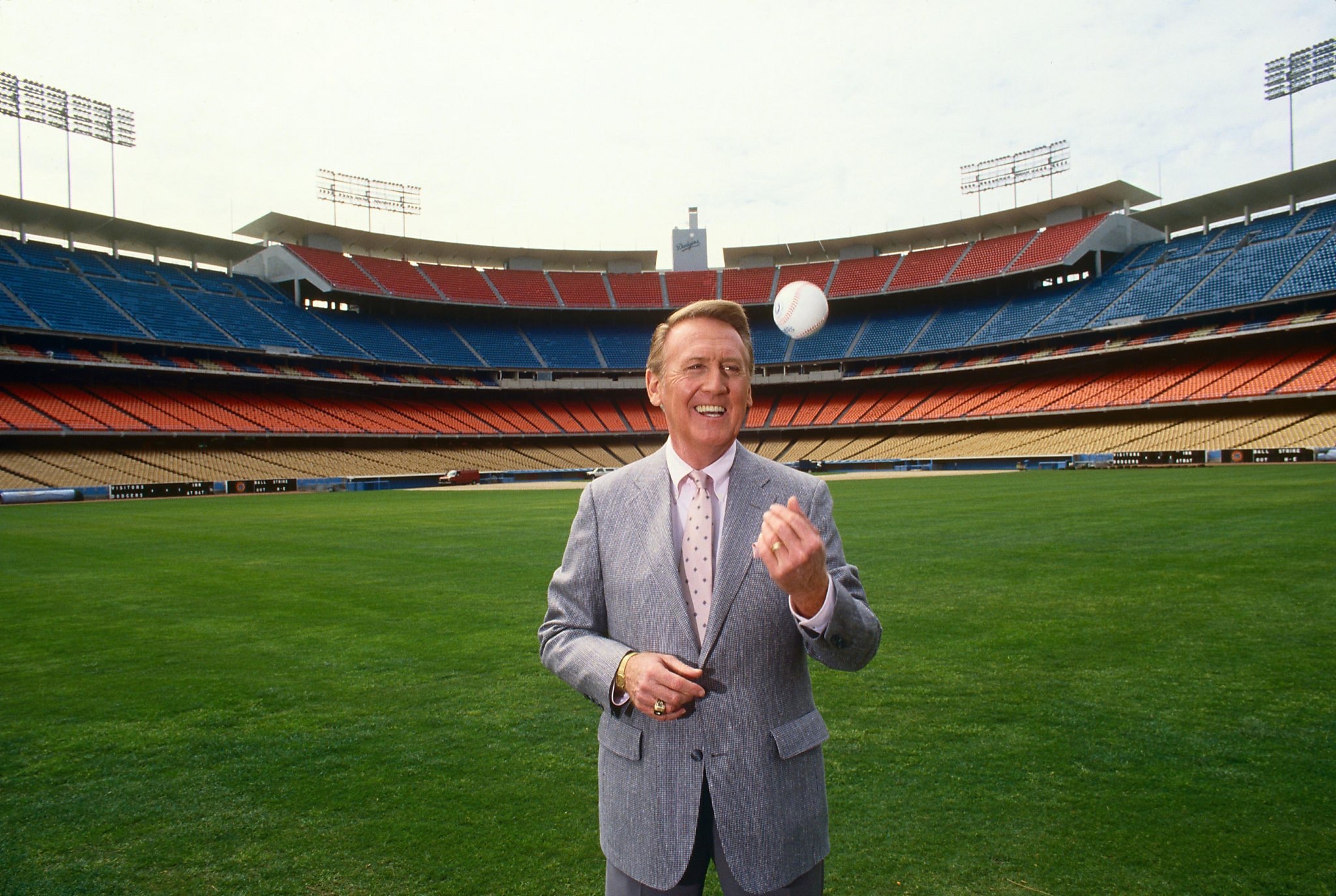 Team Historian of the Los Angeles Dodgers and author of five Dodger-related books, including “Dodger Stadium” and “Dodgers: Game of My Life”

Hall of Fame broadcaster Vin Scully, the iconic voice of the Dodgers whose 67-year tenure with Brooklyn and Los Angeles entertained generations of fans and bridged the bicoastal eras of Jackie Robinson and Clayton Kershaw, passed away on August 2. He was 94.

When he retired in 2016, the New York native was already lauded as the “sports broadcaster of the 20th century” and the Dodger Stadium address had been changed to “Vin Scully Avenue.” His smooth delivery while spinning stories and personable nature made Scully’s voice a nightly staple on portable transistor radios when the Dodgers moved to the West Coast in 1958. An increased home television schedule in the late 1990s led to a signature Scully phrase at the start of every broadcast: “It’s time for Dodger baseball!”

“Vin Scully taught people about baseball in Los Angeles,” former Dodger general manager Buzzie Bavasi said in 2003. “Even those who didn’t know about the sport liked to hear him on the radio. He was the most important person in making the Dodgers as popular as they are today.”

There will never be another Vin Scully. You will be forever missed.

The Los Angeles Dodgers franchise, with seven World Series championships and 24 National League pennants since its beginnings in Brooklyn in 1890, is committed to a tradition of pride and excellence. The Dodgers are dedicated to supporting a culture of winning baseball, providing a first-class, fan-friendly experience at Dodger Stadium, and building a strong partnership with the community. With the highest cumulative fan attendance in Major League Baseball history, and a record of breaking barriers, the Dodgers are one of the most cherished sports franchises in the world.