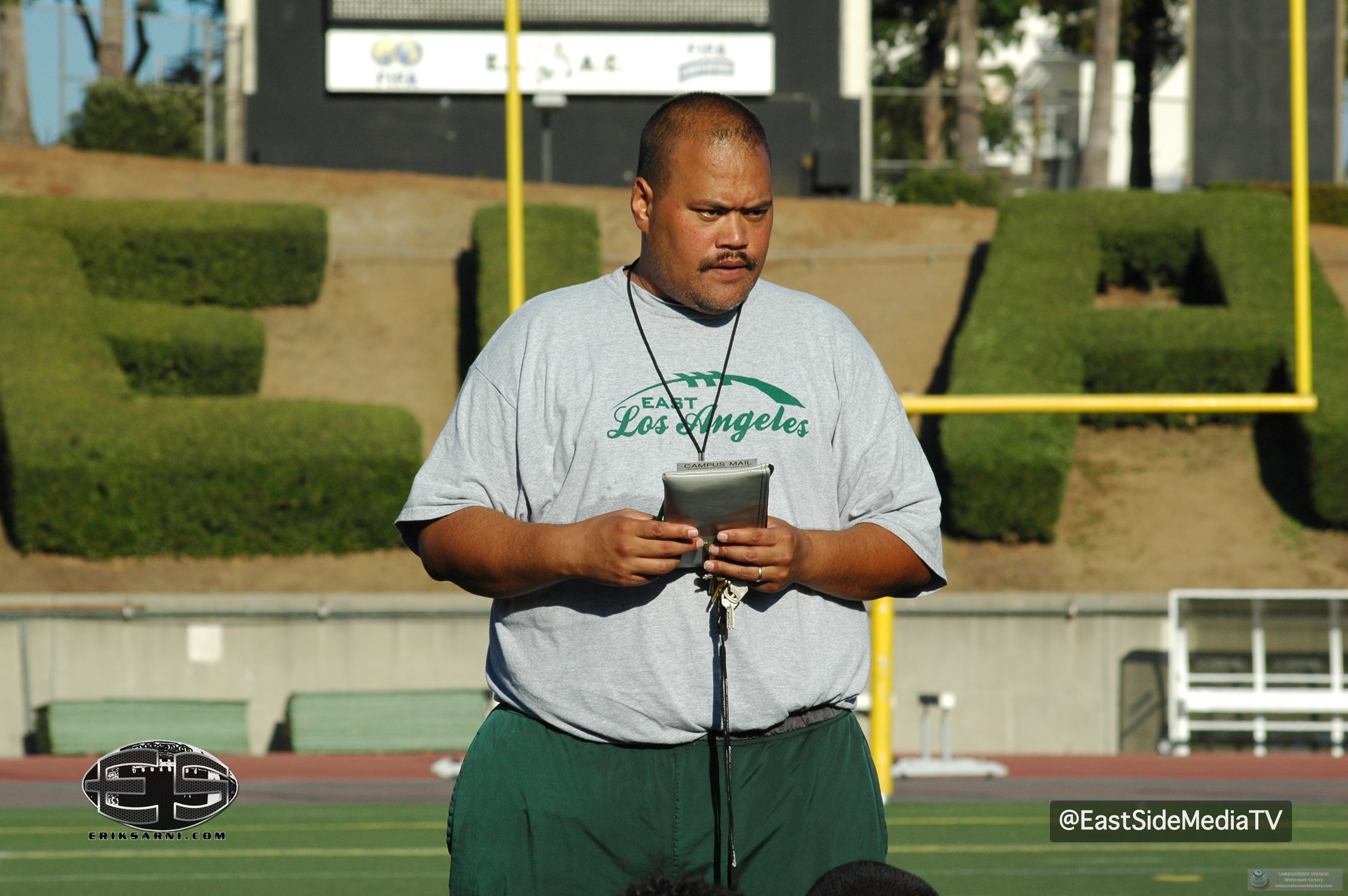 Ale, 55, was a fixture at the JC level, most recently working under Dean Dowty at L.A. Harbor. He was to turn 56 in September.

“He was a great guy and made a strong impression on a lot of young men,” Dowty said. “He will be missed.”

Ale was also the coach at Harbor before Dowty was hired in 2014. He also held the coaching job at East L.A.

“He was the true definition of an old-school, tough-love coach,” Arnold Ale said of his brother. “He coached them hard and loved them later and that’s why there are so many that love and respected him for that.”

“Sometimes growing up with him, was hard, because he was demanding as a brother, but I knew where he was coming me. He loved me and wanted the best from me and for that I’m grateful.”

Long Beach City’s Brett Peabody: “….Despite his tough exterior, no coach cared more for his players and their futures, all about accountability. Personally, I would not be in the position I am today without Reuben Ale…”

Golden West wide receivers coach Pete Moye: “Coach Ale was probably the toughest coach I’ve ever had, but no one made you more prepared than him. Would challenge you every opportunity he could. Definitely will be missed.”

El Camino offensive line coach Ryan Winkler: “Sad to hear of the passing of Reuben Ale. He was the first one to give me an opportunity to coach at the college level during a tough time in my life. Always grateful.”

Gene Engle, who was the offensive line coach at El Camino in 1982, remembered an aggressive Ale.

“We went against him every day. He had an edge when he played, he was a fierce, tough competitor,” Engle said. “Several years later, when he was coaching, he had a completely different demeanor. He was always very pleasant and respectful.”

A twenty four year veteran in the coaching profession, with stops at eight Community Colleges in Southern California (Compton, El Camino, Rio Hondo, East Los Angeles, Los Angeles Southwest, West Los Angeles, Pasadena, and Harbor).  Coach Ale is confident that with his background he can impact the program.  “Junior College football is the only level that I know, and have coached.”
“The JUCO experience is an opportunity for student – athletes to physically grow, and mentally mature”Defense has been Coach Ale’s trademark throughout his coaching career.    He’s been among the top in the State, or has led the conference in all defensive categories.   “I enjoy coaching defense and I can assure you that this season, we’ll install an aggressive and attacking style of play.”Coach Ale’s mission is to help young people transfer and move on to the next level.   He has assisted numerous student- athletes receive scholarships to many top 4-Year colleges.   “I’m blessed to say that the sport of football has been good to me and my family,”  “So I just want to give back to the sport, and to our community.”                    Coaching Resume
8 – Bowl Game Appearances
2000, East L.A. 2002 Compton College, 2004 West L.A., 2008 Pasadena,
2009- 2012 L.A. Harbor College3 – State Playoff appearances
2002 Compton College, 2004 West L.A., 2009 L.A. Harbor.
***The only two L.A. Community College School District Schools to appear in the State Playoffs.3 – Conference and Division Championships
2002 Compton College, 2004 West L.A., 2009 L.A. Harbor College2 – National Records (Int’s & Block FG’s)
2002 Compton College, 2003 West L.A.***Holds three L.A. Harbor College records for Shut Outs, Game Turn Overs and QB Sacks for the season.
Reuben Ale  Carson Colts Football