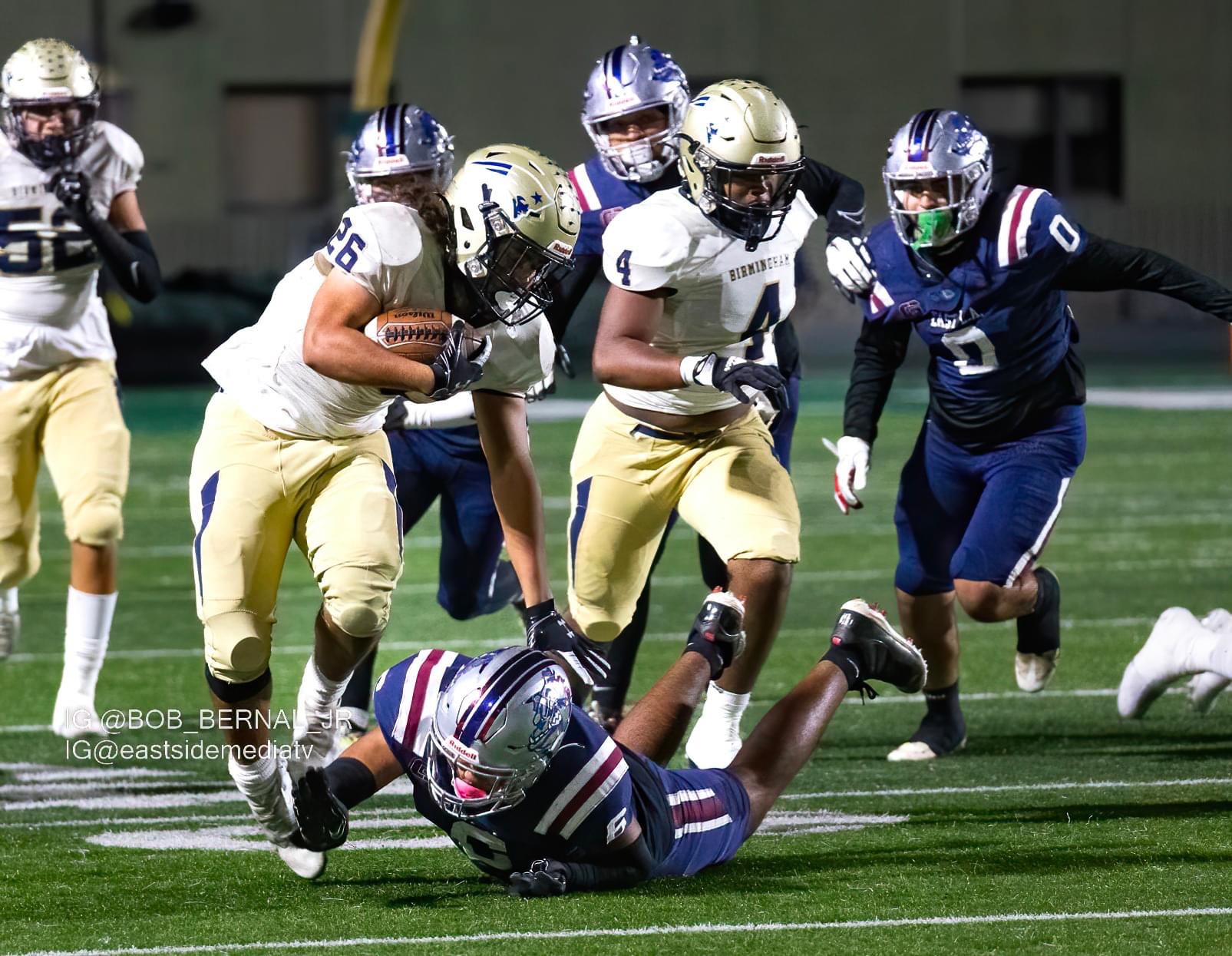 They were seeded 7th in the playoff bracket. The way they performed in the post season, one must feel  that they felt disrespected and turned the slight into motivation. In the quarterfinals they eliminated the  #2 seed Venice Gondoliers in an epic battle that went into double overtime, 28-27. They then proceeded  to demolish the third seeded Banning Pilots, 42-7.

The culmination of their season was a convincing domination of the four seed Garfield Bulldogs in the  championship contest. The Patriots were crowned for the third straight year after handling the Bulldogs,  49-13.

Birmingham came out like a cannon and scored on their first five possessions and went into the half up  35-0 in a near flawless display of football. Senior Running Back Naiim Morgan led the stampede with 16  carries and 292 yards on the ground along with 4 touchdowns. Freshman RB Ronnell Hewitt and Senior  WR Ace Acosta also ran in a score to aid in the contributions. The other visit to the end zone came

compliments of sophomore QB Kingston Tisdell who hit junior all-purpose standout Peyton Waters on a  quick slant. Waters then exploded for a 70-yard touchdown exhibit of speed and “YAC”, yards after the  catch. Junior Kicker Jacy Oliva was a perfect 7 for 7 on his PAT attempts.

Junior RB Damian Cornejo accounted for both Bulldog scores on two touchdown runs of 1 and 16 yards.

With the victory the Patriots have now won 27 games in a row versus city opponents. They have not  encountered defeat since a 2018 loss to the Gauchos of Narbonne from Harbor City.

The team hailing from East Los Angeles will return its core of starters and look to bounce back and  redeem themselves next season to put an end to the Birmingham reign.

The Patriots end the regular season with a record of 9-4 and have qualified for next week’s CIF Bowl  Championships. The Bulldogs finished 10-3.