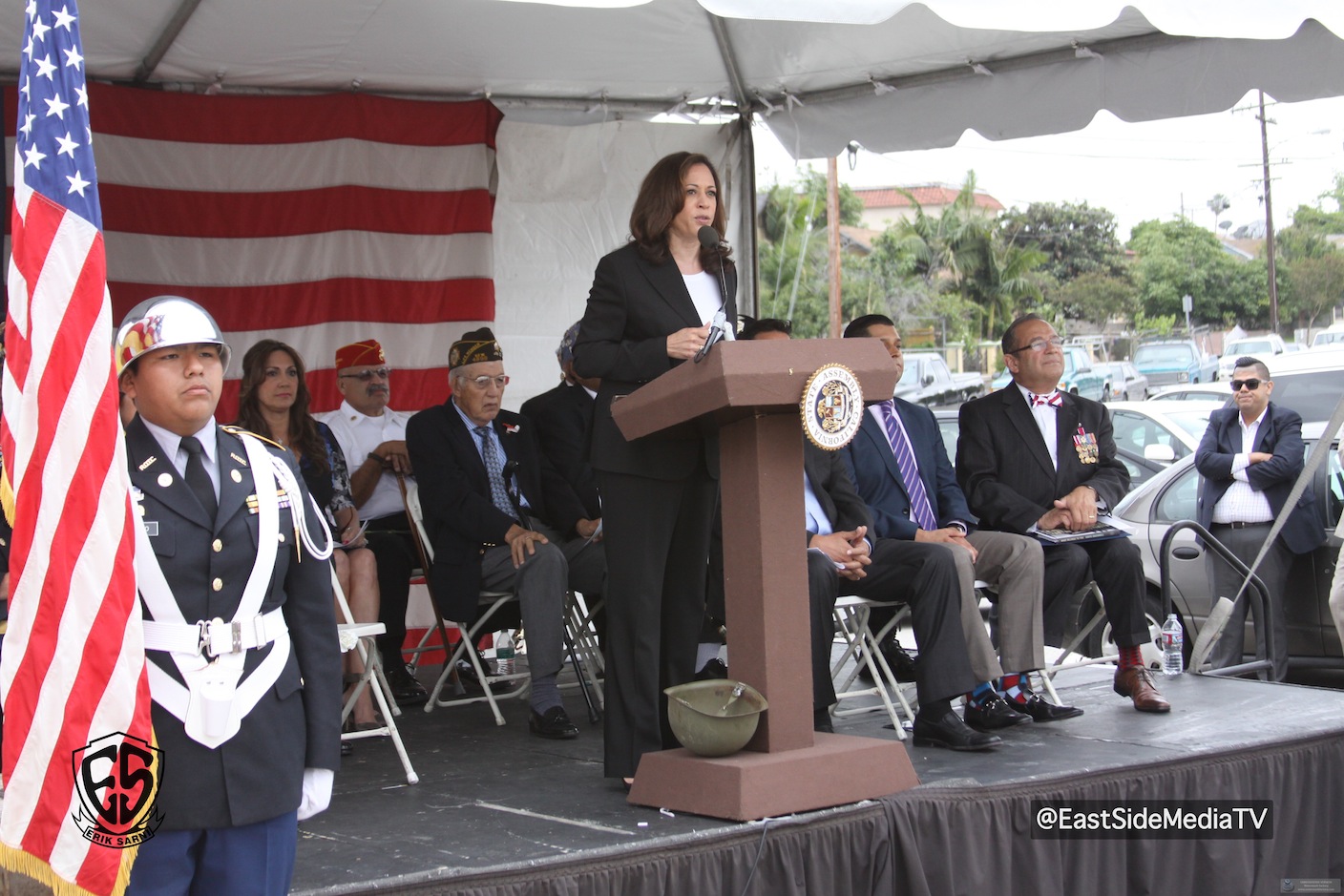 A tribute called to honor veterans on Memorial Day at the Vietnam Veterans Memorial in Boyle Heights drew a crowd of more than 150 residents May 30.

The ceremony brought the eastside community, veterans and elected officials to the memorial at Cinco Puntos at Lorena Street, Avenida Cesar Chavez and Indiana Avenue.

The event included a 24 hour patriotic vigil staffed by eight watch commanders who each stood watch for half an hour to reflect upon what the Memorial Day holiday means to them.

It was the 7th consecutive year the vigil has been held in the eastside.

Resurrection Parish Monsignor John Moretta who gave the invocation to start the event and provided the closing prayer was surprised by the turnout.

“What’s amazing is that the crowd keeps getting bigger every year even as the veterans are aging,” said Moretta.

“It was a wonderful event. Very moving,” said Moretta.

Moretta also said the city has plans to turn the Cinco Puntos intersection to a roundabout with the Vietnam Veterans Memorial statue as the centerpiece.

Honor units from both Garfield and Roosevelt high school JROTC units opened the festivities with the presentation of colors at the start of the event.

Spokesperson for Huizar, Rick Coca told KPCC that there is a patriotic theme to this celebration, but with a Latino theme to it.

“[There was] A lot of American flags. A lot of patriotism but also with a sort of a Latino flavor,” said Coca.

“My boss was born in Zacatecas, Mexico and became a citizen when he was 18, 19 years old. He is very proud of his heritage but is also extremely proud to be a citizen of the greatest country in the world,” added Coca.

A reception followed the celebration at the American Legion Post on Avenida Cesar Chavez after the event.

Gus Ugalde is a print journalist and Boyle Heights native. He is a graduate of both Salesian High School and East Los Angeles College. With writing as his passion, he has had over 500 stories published at several publications throughout Southern California.

“Last Chance U” star and Sacramento State guard Deshaun Highler announced his own personal brand earlier this week with the launch of anywaynecessary.com