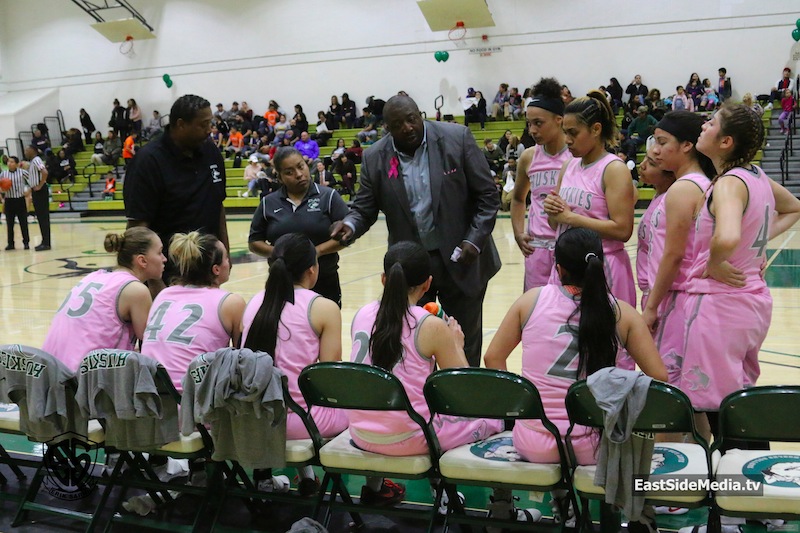 The Lady Huskies Road to the State Finals

The East Los Angeles College Lady Huskies drew the SoCal Regional No. 2 seed and a Round 1 bye.

Their quest to return to the championship game and win a state title begins with a CCCAA Round 2 home game on Saturday, Feb. 25 at 7 p.m. in the South Gym.

It is a difficult task to beat a team three times in one season—the Huskies defeated both Saddleback and Pasadena twice this season. There is a formula to winning a state title and everyone the Huskies face, according to ELAC sophomore guard Vianey Chavez.

“The historic journey of this team is to focus on what’s at (hand), ‘one play-at-a-time, one game-at-a time,’ and nothing less,” said Chavez.

The Huskies finished the regular season with a 26-2 record.

The state championships return to the Elite 8 format this year and will be at Las Positas College on March 9-12 in Livermore.