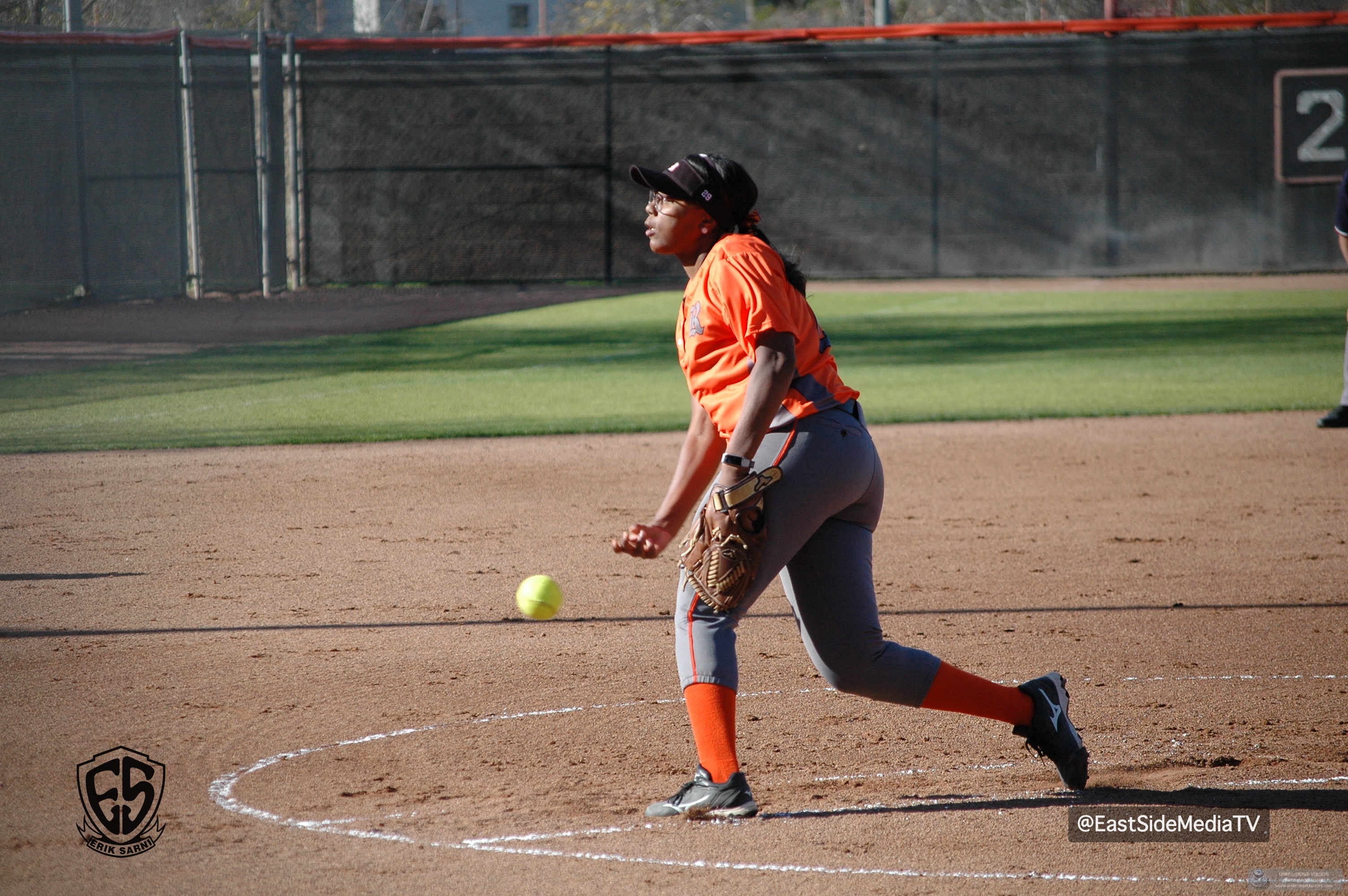 It was a low-scoring affair at Evans Sports Complex as the No. 9 Riverside City College softball squad took on the East Los Angeles Huskies in non-conference action on Monday afternoon. In a game where the Tigers were outhit, they relied on their pitching strengths and timely hitting en route to a 2-1 victory.

Sophomore pitcher Synphony Hall (Rialto, CA) earned the start in the circle and got off to another great start. She was effective in all aspects of the contest. Despite only fanning one batter, Hall worked the corners and changed speeds effectively to keep the Huskies off balance. She utilized a steady defense that had one mere blunder resulting in an unearned run.

Offense came at a minimum, but it came at the right moment. After East Los Angeles plated an unearned run in the top of the second inning, sophomore catcher Aeriel Carlson (Highland, CA) took matters into her own hands and parked a homer to dead-center field for her state-leading ninth round-tripper of the season.

The Tigers hit a scoring drought for the following four innings, but were able to scratch across another run in the bottom of the sixth inning off a Huskie error. Carlson came around third and aggressively slid head first into home plate, thus forcing the catcher to drop the ball on an attempted tag leading to a 2-1 advantage.

After Hall retired the first batter of the inning in the top of the seventh inning, freshman reliever Riley Peckels (Moreno Valley, CA) entered into the game and slammed the door by recording the final two outs – one being a strikeout – leading to a 2-1 victory.

Hall (6-1) earned the win after tossing 6.1 innings while scattering seven hits. Peckels earned her first-career save.

Sophomore Terri Nava (Yucca Valley, CA) earned the start at shortstop and went 2-for-3 from the leadoff spot. She played flawless defense as well.

Aeriel Carlson launched her state-leading ninth homer of the season and scored the game-winning run in a 2-1 victory over East L.A. (Photo by Bobby R. Hester)