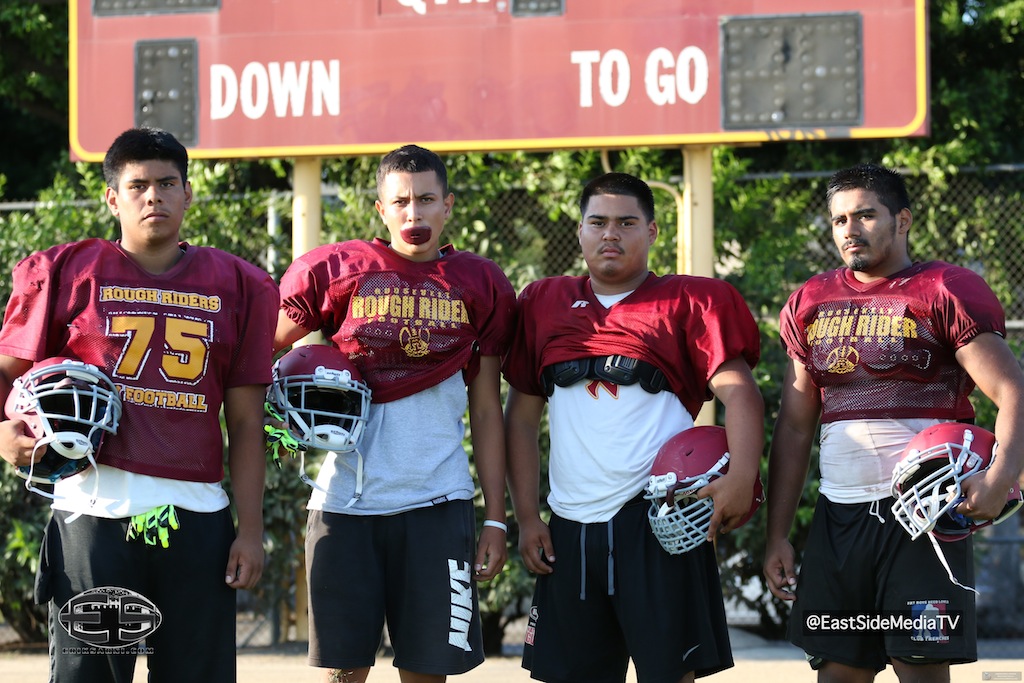 new head football coach for the 2018 season. Coach Parral was born and

Rider himself. He is no stranger to the football community as he coached in

football for many years.

City playoffs after losing to Huntington Park 32-9. The Spartans eventually

ended up winning the Division II championship over Cleveland 18-14.

seasons. Suddenly, he resigned as Head Coach in February …?

position when the job officially opened.

When the rider football team was in search of a new head coach, Aldo

pulled out at the last minute.

interested in the job. Aldo replied with, “sure why not, I guess?” One of the

loves football and has been a life long Roosevelt supporter. He felt the

coach. Every school in the Eastern League, except Garfield was looking for

in the year. Aldo felt it was a great opportunity to step in and help the

school and kids out.

playing flag football for the Boyle Heights Wolfpack in 2007. He also had

squad in 2016. He felt that it would be an easy transition to step in, “given

years,” Coach Parral said, “why not me?

preparing these kids the last two years. Zepeda had done an amazing job

building relationships and a strong foundation for the future. Although many

players were disappointed with Coach Zepeda’s departure, they feel that

he left them with an excellent football experience.

he was a player in high school. Coach Aldo began coaching shortly after

graduating from Whittier College in 1992. He was hired as an ESL teacher

inaugural year of the Freshman/ Sophomore system, Frosh/Soph, and

Roosevelt went undefeated. In addition Aldo has also been part of the

of kids returning but hopes they can stay healthy. The season is long but

depth is not very deep. Injuries could be a problem for the team as they

cannot afford to lose anyone. Coach mentioned that they were already

bug. He said, if everything works out, the team can easily be a contender

coming in with new head coaches.

There are many players to watch for this season including seniors, Santos

starter with a determination to be the best at everything he does; Jose

with big plays; and junior Alfredo Sepulveda (TE/OLB) who plays the game

time. All four of these players will be the team leaders and have excellent

leadership, courage, respect from peers and experience to lead the team.

Other seniors that Coach expects to play a big role include, Matthew Tellez

with a mean streak; Aldo ‘AJ’ Parral (FB/LB) a tough player who is part of

the 1-2 punch at linebacker with Santos; Richard Cabrera (DB) one of the

with others’ best WR’s; Ramaje Brumfield (RB/DB) a newcomer to the

squad who has shown strong contributions and energy.

In all, the 2018 edition of the Rough Rider football team seems strong and

toll. We will have to wait and see as the season unfolds…

Roosevelt Soccer gets win vs Garfield