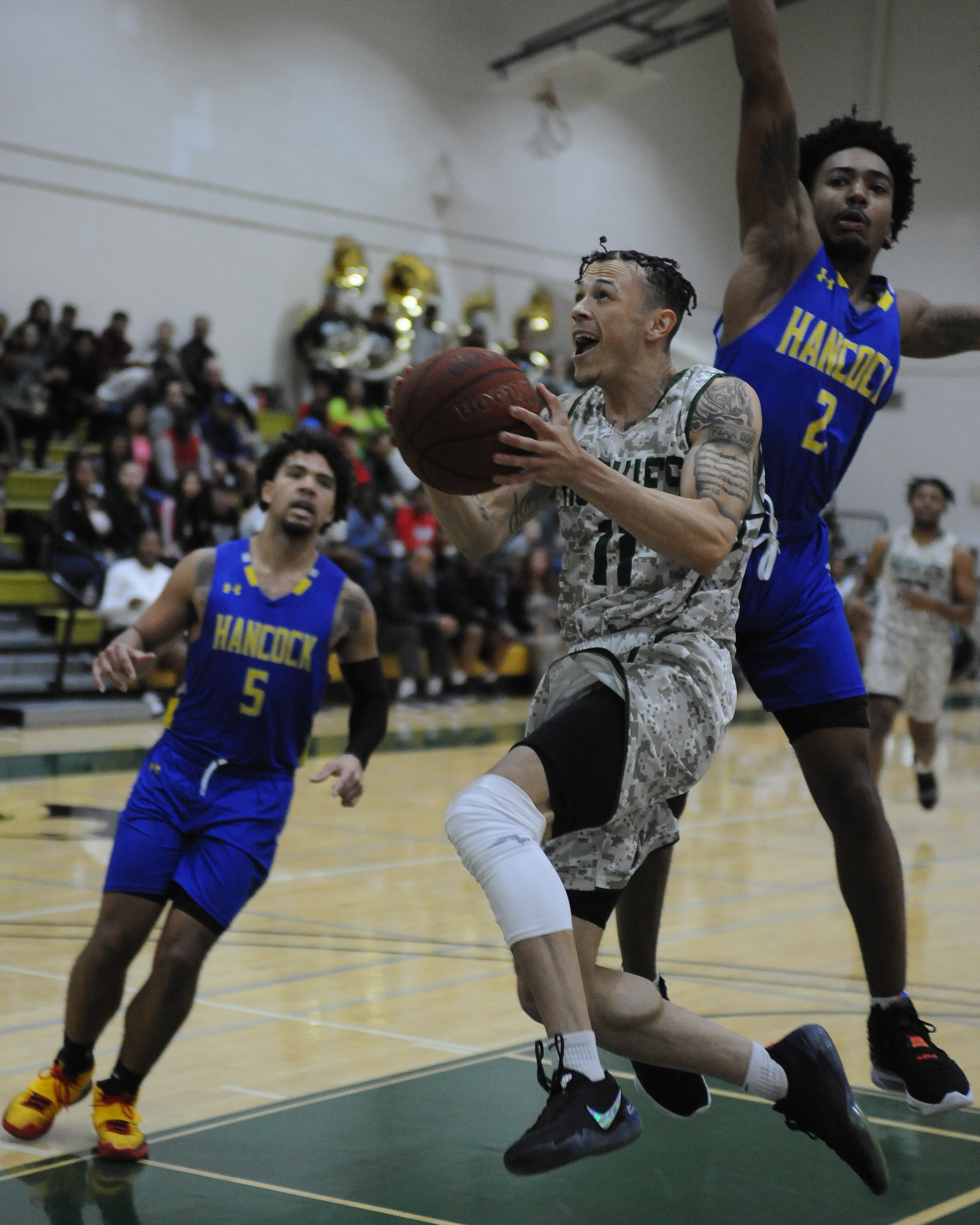 As East Los Angeles College (29-1, 8-0) wrapped up their thrilling 68-65 comeback victory over Allan Hancock College (23-7, 9-3), the fiery forward reminded everyone how many more games ELAC needs to win to be crowned State champions. They’ll head to West Hills College Lemoore next Friday to begin the final leg of their trek to the CCCAA crown.

Freshman forward Kealen Allen lead all players in points (20) and rebounds (13), but it was the play of starting shooting guard Deshaun Highler that shifted the momentum to the Huskies’ favor, particularly in the second half. He scored 12 of his 16 points in the 2nd period, and his defense set the tone for the team’s reinvigorated effort – he had three of his four steals in the second half and several other deflections that helped turn Hancock over 10 times in that period.