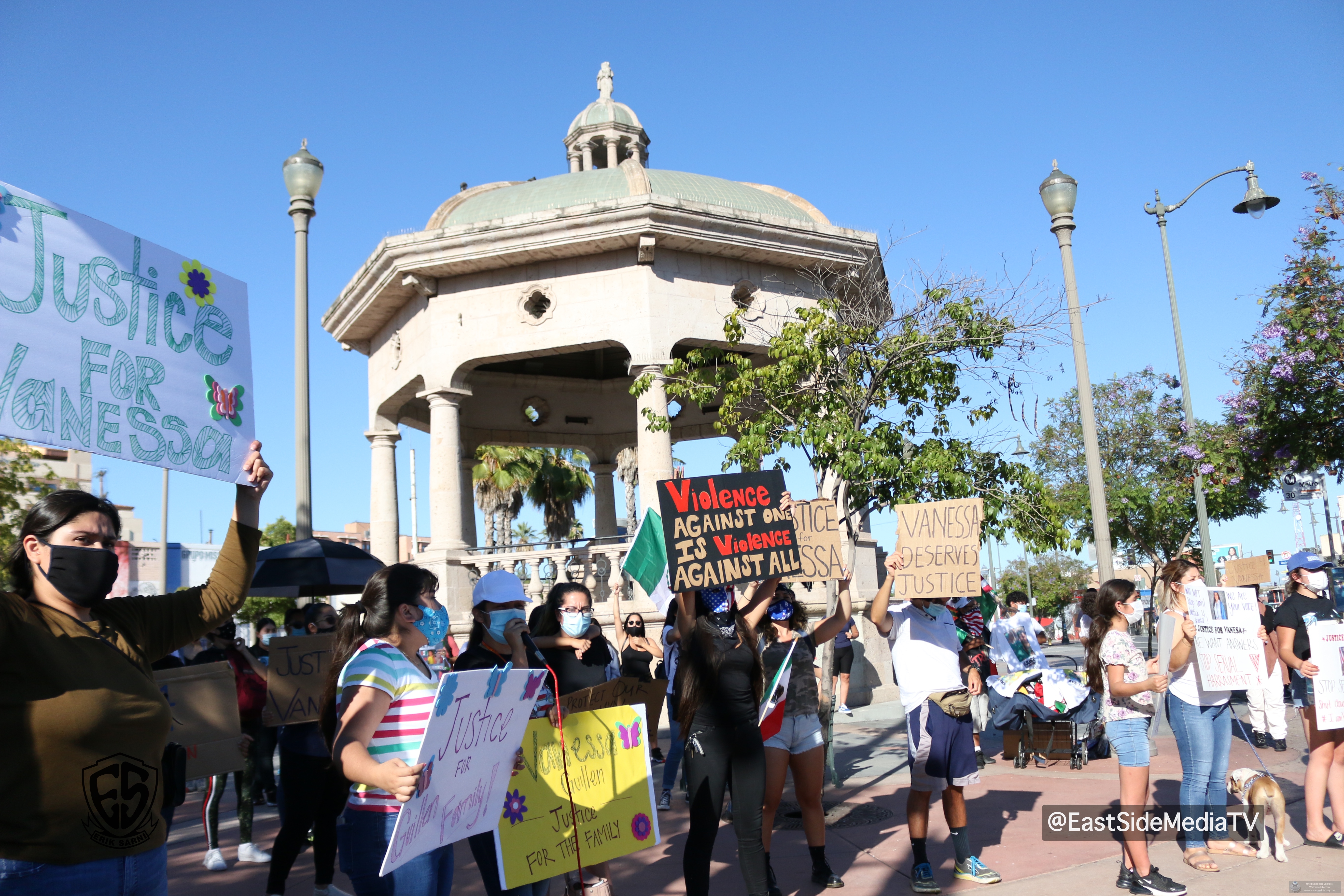 The event was organized by a group of community members who felt it was important to “come together in solidarity as a community to demand justice for Vanessa Guillen.”

There were around 75 people who took part in the protest at mariachi plaza which marched to Placita Olvera in downtown Los Angeles to meet up with a larger group who held a vigil for Vanessa.

This comes as reports are confirming remains recently found near Fort Hood have been confirmed to be Guillen.