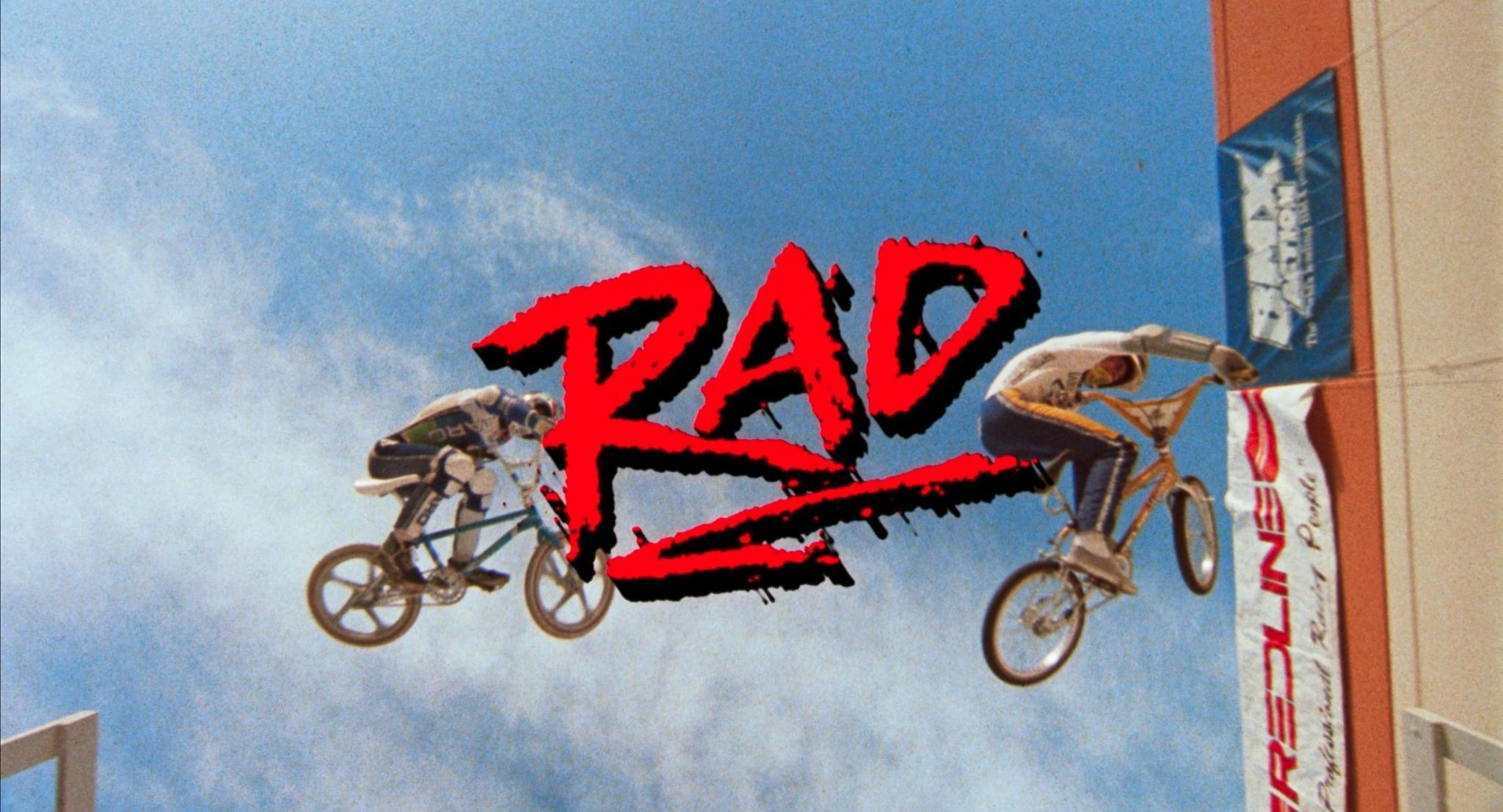 Surprise #RadFam!! #RAD will be showing at the @vinelanddrivein in #LA starting this Friday. Tickets will be available @ the door 🚪Visit VinelandDriveInTheater.com for showtimes 🤙

The film’s story focuses on Cru Jones (Bill Allen), a young BMX racer who lives in a small town with his mother (Talia Shire) and sister. Cru is faced with a tough decision: qualify for Helltrack or take the SAT in order to attend college. Winning Helltrack means $100,000, a new Chevrolet Corvette, and fame. Cru chooses the former option, ignoring his mother’s wishes.

The Helltrack race is endorsed by the city and a duplicitous Duke Best (Jack Weston), president of The Federation of American Bicyclists and owner of Mongoose bicycles. Best keeps adjusting the rules in order to keep Cru out of the race and to ensure BMX star Bart Taylor (1984 Olympic gymnastics champion Bart Conner) has an easy road to victory, thus providing a financial windfall for Mongoose Racing, Bart’s sponsor.

Racers from all around come to the small town for the Helltrack and Cru meets Christian Hollings (Lori Loughlin), who becomes Cru’s romantic interest. Christian and Cru meet at the local high school dance where, instead of dancing like the other couples, they perform freestyle bike stunts on the dance floor to the awe of many. After being blocked from the race due to a last minute rule change on participant sponsorship, Cru is ready to give up his dreams of winning Helltrack, until his younger sister Wesley (Laura Jacoby) gives him a shirt to wear at Helltrack reading “Cru is… RAD.” Cru and his friends then come up with an idea for him to still enter the race. Using the $10,000 Cru won from qualifying, they start up “Rad Racing,” a small T-shirt business. However; days before the race Best changes the rules yet again claiming any company sponsoring a racer must be worth $50,000. When the towns people hear about this they rally around Cru and his friends and with their contributions along with a generous donation from a wealthy local, Mr. Timmer (Ray Walston) Rad Racing comes up with enough money and Jones is finally able to enter Helltrack.

During Helltrack, Duke Best gets the Reynolds twins to try to take out Cru, to no avail. In the final lap, Bart, who leads the race, slows down so that he and Cru can face each other one-on-one in the final stretch. Cru ultimately wins Helltrack, and Bart Taylor is kicked off the Mongoose team. In the final scene Cru offers Taylor a spot in Rad Racing.

The film was released on VHS and LaserDisc in 1986, where the film quickly found a following and became a top-ten video rental for two years after the film’s release.[4]

A 4K resolution restoration of the film was released in a limited edition 4K UHD/Blu-ray combo pack by Utopia Distribution through the Vinegar Syndrome label in May 2020.[5]