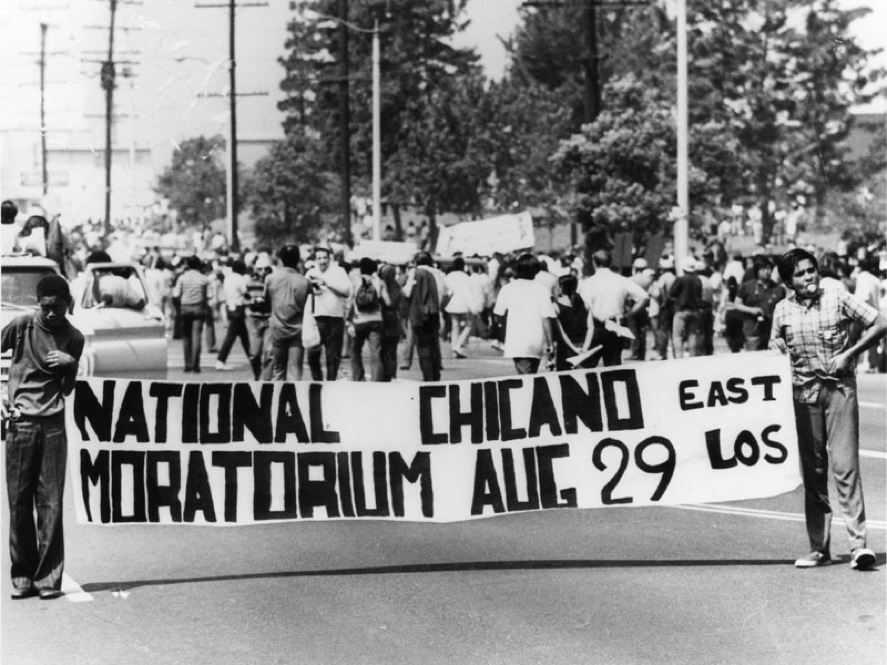 Ruben Salazar (March 3, 1928 – August 29, 1970] was a Mexican-American journalist killed by a Los Angeles County Sheriff’s deputy during the National Chicano Moratorium March against the Vietnam War on August 29, 1970 in East Los Angeles, California. During the 1970s, his killing was cited as a symbol of unjust treatment of Chicanos by law enforcement. Working as a reporter for the Los Angeles Times, Salazar was the first Mexican-American journalist from mainstream media to cover the Chicano community. Hunter Thompson covered the Salazar case in his article “Strange Rumblings in Aztlan”

The Chicano Moratorium was a collective effort to raise awareness of the Vietnam War as a civil rights issue, one among many affecting the Chicano community. It was an open secret that Mexican-American casualties in Vietnam were coming in disproportionate number to their population — 20%of the casualties when they comprised 10% of the American population. A series of marches and rallies were held in East Los Angeles beginning in 1969, families with children joining students and activists in the fight for civil rights and to end the war.