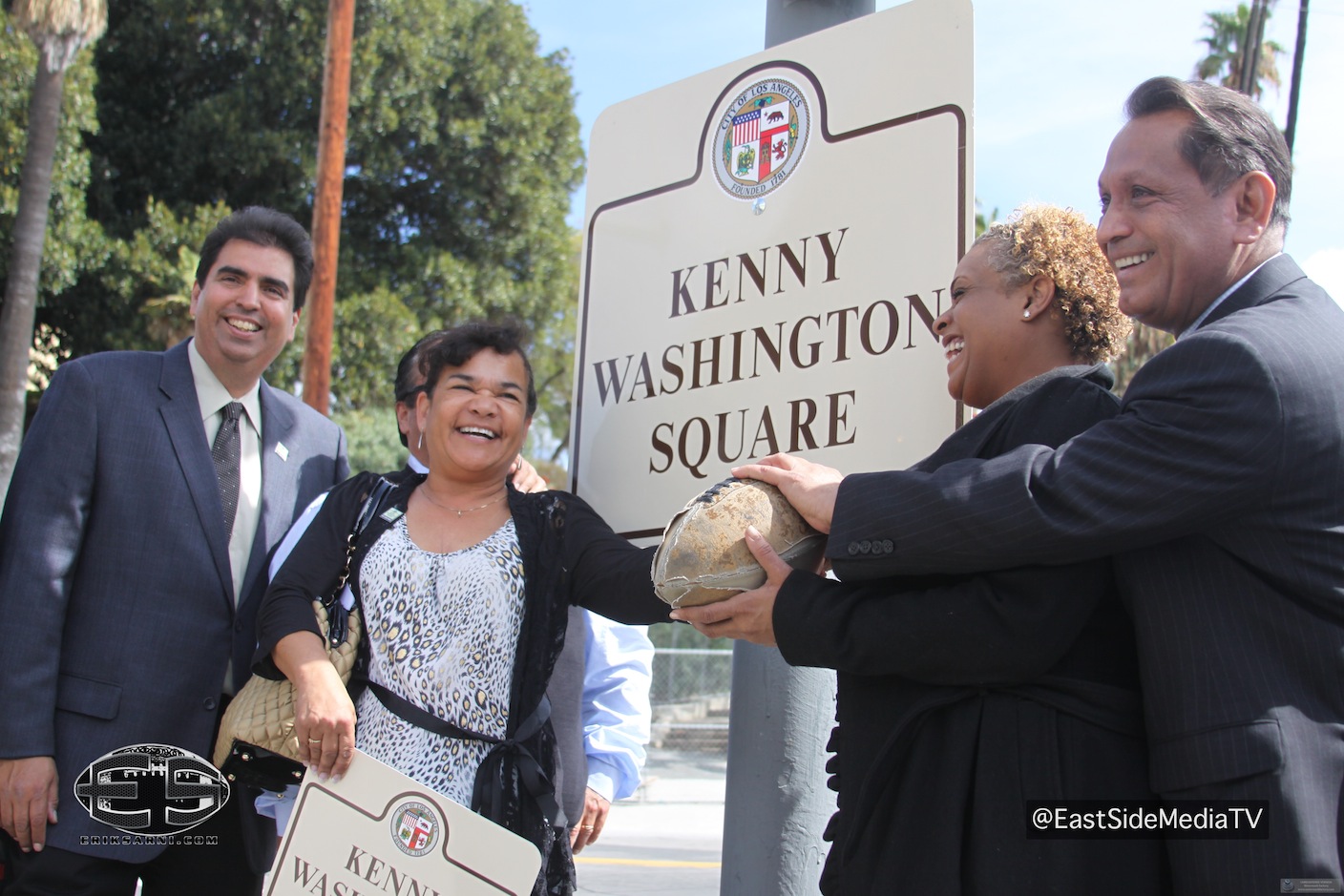 Washington was the first African-American to sign a contract and lead the integration of the modern NFL in 1946.

Begun as a community undertaking 7 1/2 years ago by Lincoln High School alum Ronald Chico (now a KWSF Board Member), the project was embraced by the Foundation and moved forward through the leadership of newly-elected CD1 Councilmember Gilbert Cedillo. The collective efforts to see Washington recognized culminated on Tuesday, January 14th 2014, as the Los Angeles City Council voted unanimously (15-0) to approve the designation of the North Broadway and Lincoln Park Avenue intersection in Northeast Los Angeles henceforth as “Kenny Washington Square”.

As part of our mission aside from reinvigorating the athletic facilities at Lincoln High, the KWSF has also made Washington’s recognition by the Pro Football Hall of Fame in Canton, Ohio for his role in integrating the NFL one of our prime objectives. The honor of naming the Square after Washington is yet another step in that direction. He will become the first Los Angeles Ram, UCLA Bruin and Lincoln High Tiger to be recognized by the City in this manner.

Kenny Washington Square will be a notable locale in Los Angeles’ Lincoln Heights neighborhood where Washington is still remembered and revered by generations of community members some 43 years after his passing. Approximately 30,000 cars travel through the intersection daily by commuters heading into Downtown Los Angeles.