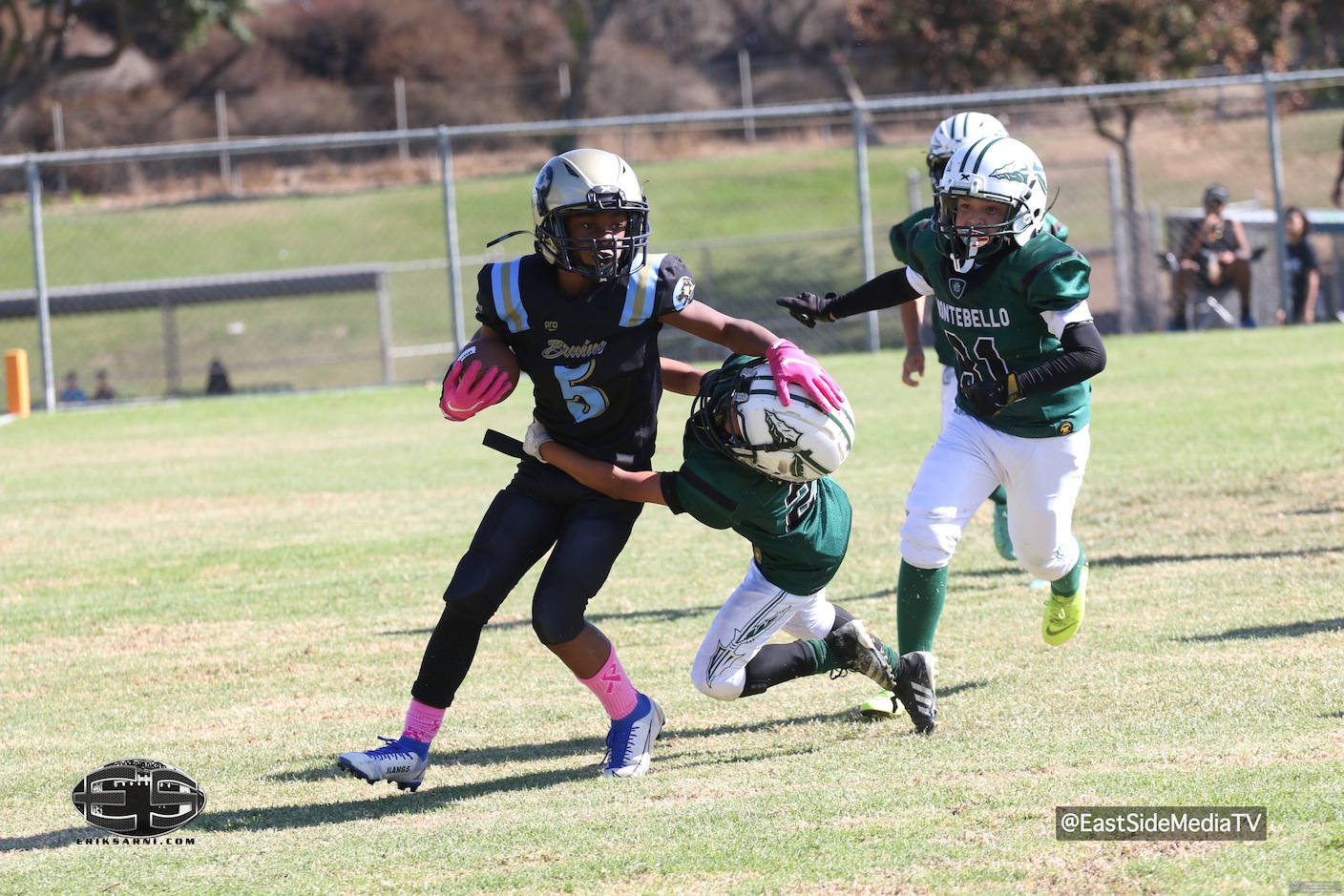 In a battle of flawless records, the visiting Bruins (Gold)

of West Covina handed the Indians their first blemish of the season, winning 19-2 at Grant Rea Park in Montebello.

In what appeared to be having the makings of a scoreless first half, the Bruins capitalized on an Indian turnover inside the 10 yard line and scored on the first of two long explosive runs by standout RB/DE Jalen Lang, #5. Lang’s two scintillating touchdowns gave the visitors a 13-0 lead going into the half.

The Indians were able to move the ball deep into Bruin territory on several occasions but were thwarted, time and time again by West Covina’s relentless pass rush.

Jace Thomas, RB #3 closed out the scoring for the Bruins with an electrifying scamper into the end zone of his own.

The hosts were not able to get the pigskin in the endzone, but salvaged a shutout loss with a late safety.

“Hats off to West Covina, they came into our house and taught us a lesson. I’m glad it was today and not in the playoffs.” “The kids will learn from this loss and become hungrier as the season progresses.”

“They are an excellent team, I take nothing away from them. They were the better squad today.”

“I’m positive we will see them again,” said Ponce.

From the sound of it. One can foresee that these teams look to be headed for a collision course somewhere down the road of this young season. The Gremlin Tribes’ record now stands at 4-1.