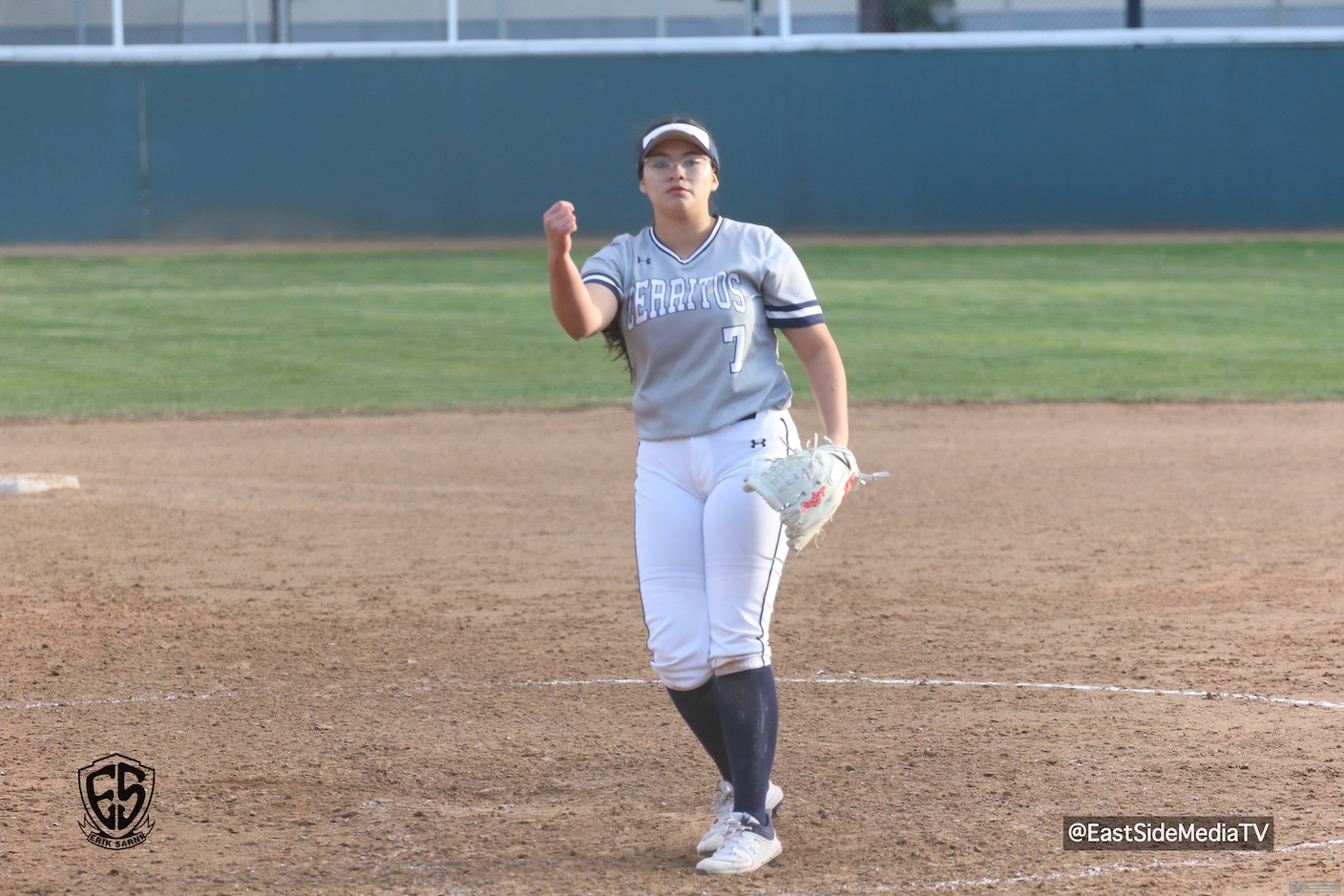 A first inning home run, coupled with three seventh inning insurance runs paced the Cerritos College softball team to a 6-2 South Coast Conference win over East Los Angeles College on Tuesday. The win by the Falcons (10-4, 2-2) was their second in a row, as the team will play their next three conference games at home. Cerritos will host Los Angeles Harbor College at 3:00 p.m. on Thursday.

In the first inning, freshman Maddy Guillen (La Puente HS) clubbed her second home run in as many games to get Cerritos on top early. With runners on second and third with two outs, Guillen hit her second round tripper of the season.

The offense would be enough for freshman pitcher Samantha Islas (Roosevelt HS), who tossed a complete game and improved her season record to 6-1. Tossing a one-hitter through the first three innings, Islas walked the first two batters to start the fourth inning. With runners at second and third base, an infield out brought in the first run, while a single plated to second record to make it a 3-2 Cerritos lead. Islas then retired 10 of the final 12 batters she faced.

Samantha Islas tosses a one-hitter against