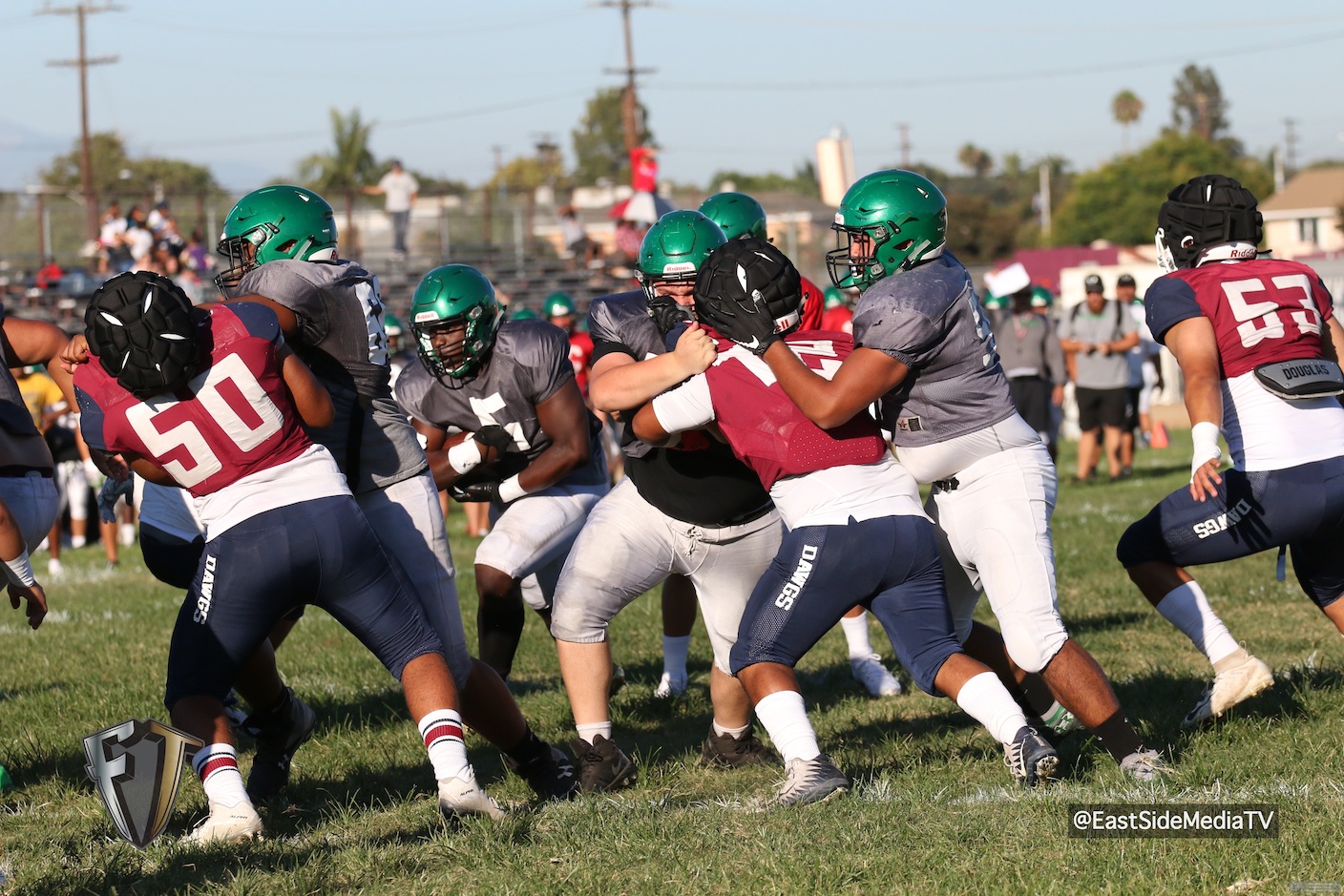 Southern California football teams from Carson, Garfield and Upland took part in a three team scrimmage Thursday night at Garfield High. The score was not kept as all three teams constantly rotated in and out.

Initially, just Carson was supposed to play Garfield, but Upland had a scrimmage opponent cancel and were invited to partake.

“No one would play them,” Garfield coach Lorenzo Hernandez said. “I don’t want to sound arrogant, but we play anybody that helps us get better as a staff, as a community and as a team…I know they’ve got some amazing kids, but at the end of the day, you’re going to see guys like that at some place, whether it’s high school, college or even the NFL.”