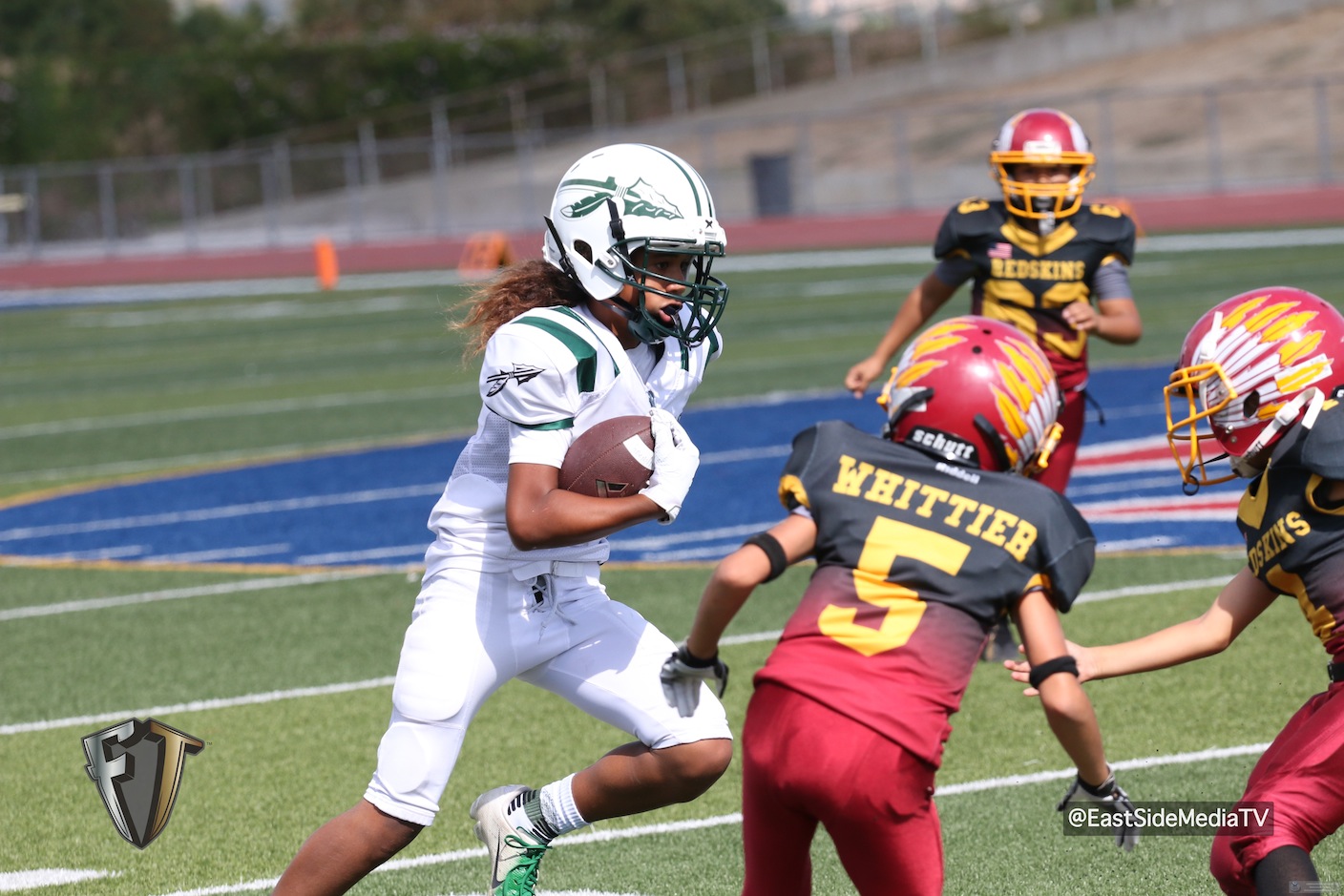 After an opening defeat on 9/8 at the hands of defending Gremlin Champions West Covina Gold 12-7, the Indians haven’t looked back.

The Black Squad has responded with 3 consecutive victories. In week 2, 9/15 they took care of the West Covina White  team 19-0.

The El Sereno Stallions were the next victims on 9/22 in an Indian dismantling, 39-0.

Week 4 brought the rival Whittier Redskins on 9/29 to the table. The Indians dethroned them convincingly, 30-7.

Not much was expected from the relatively young group early in the season. The influx of kids wanting to don the Indian uniform forced the organization to field 2 teams in the Gremlin Division. All of the upcoming Junior Gremlin boys from last season were designated to the Black team.

Coach Jason Morago has instilled a winning attitude into his kids.

“Our goal is to win it all!” stated Morago.

There’s 1st place and no place is the mentality that these young Indians posses.

The team has been led by a multitude of standout performers.

Caleb Ramirez #31 (RB/LB) and Christopher Garcia #43 (TE/DE) are 2 other huge contributors on the defensive side.

The Indian defense has actually not allowed any points for 15 quarters. They gave up 12 in the 1st quarter of the opening game. The score in the Whittier game was a fumble recovery.

The team hopes to continue its playoff push and ride the current momentum with their 4 remaining games .