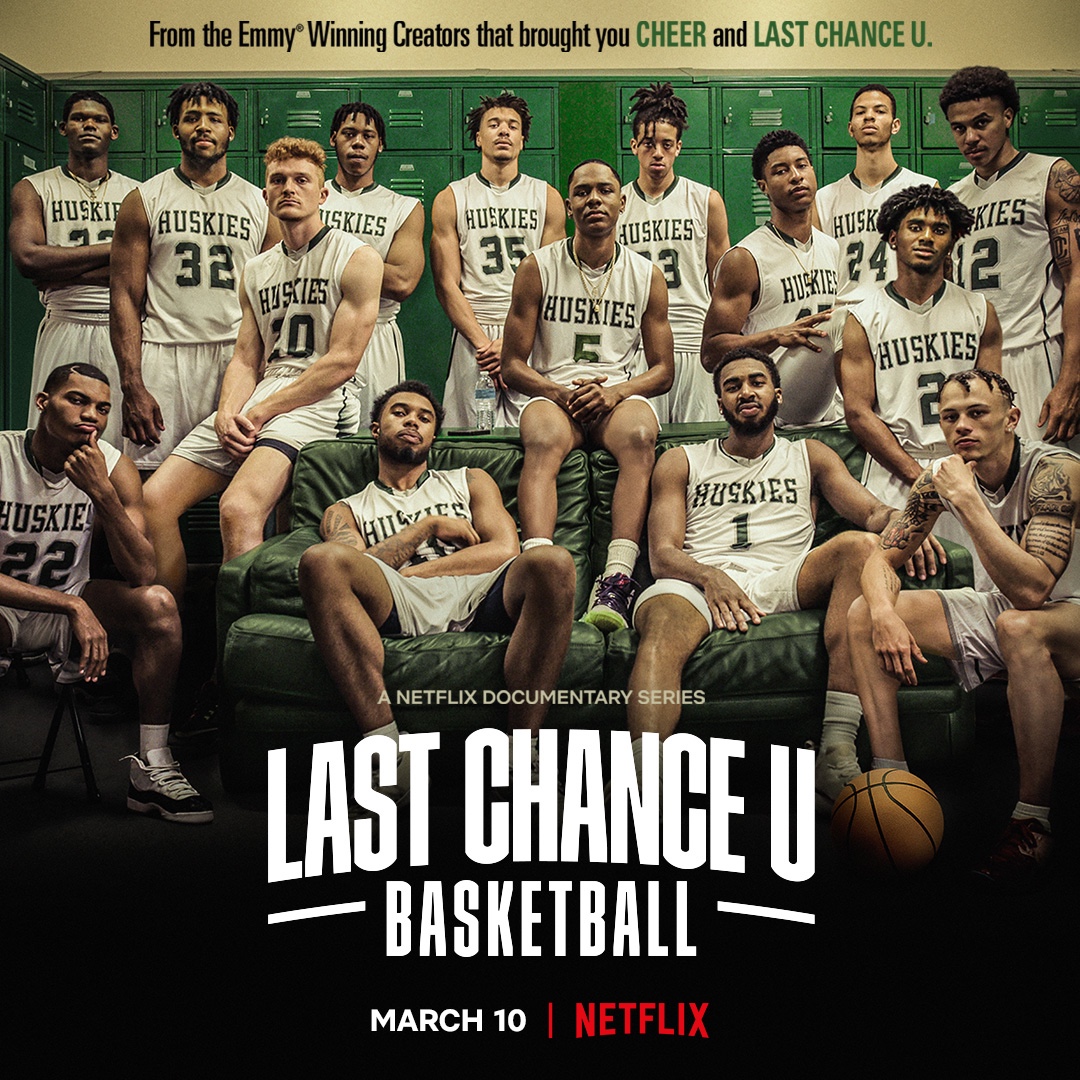 “Last Chance U” is heading from the football field to the hardcourt for “Last Chance U: Basketball,” a spinoff of Greg Whiteley’s excellent Netflix docuseries. The new series, chronicles the 2019-20 season of junior-college hoops in California, will launch on March 10, 2021.

“Last Chance U” hits the hardwood in East Los Angeles as a coach with strong convictions leads young men who hope to fulfill major college potential.

Last Summer, and after five seasons, Netflix’s American college football docu-series “Last Chance U” came to an end. However, the team behind the popular show have not been resting on their laurels and have a brand new show heading to Netflix next month. “Last Chance U: Basketball” will arrive on March 10th and, as the title suggests, will follow a basketball team. The 8-episode series promises to give an honest, gritty look inside the world of community college basketball.

Over the course of eight episodes, viewers will follow the East Los Angeles College Huskies (ELAC) in their high stakes chase to an unprecedented California state basketball championship. Led by passionate head coach John Mosley, the ELAC team is made up of former D1 recruits and powerhouse athletes hustling to prove themselves for a last chance to fulfill their dreams of playing at the next level. But the team is tested as the players battle adversity, inner demons, and emotions on and off the court.