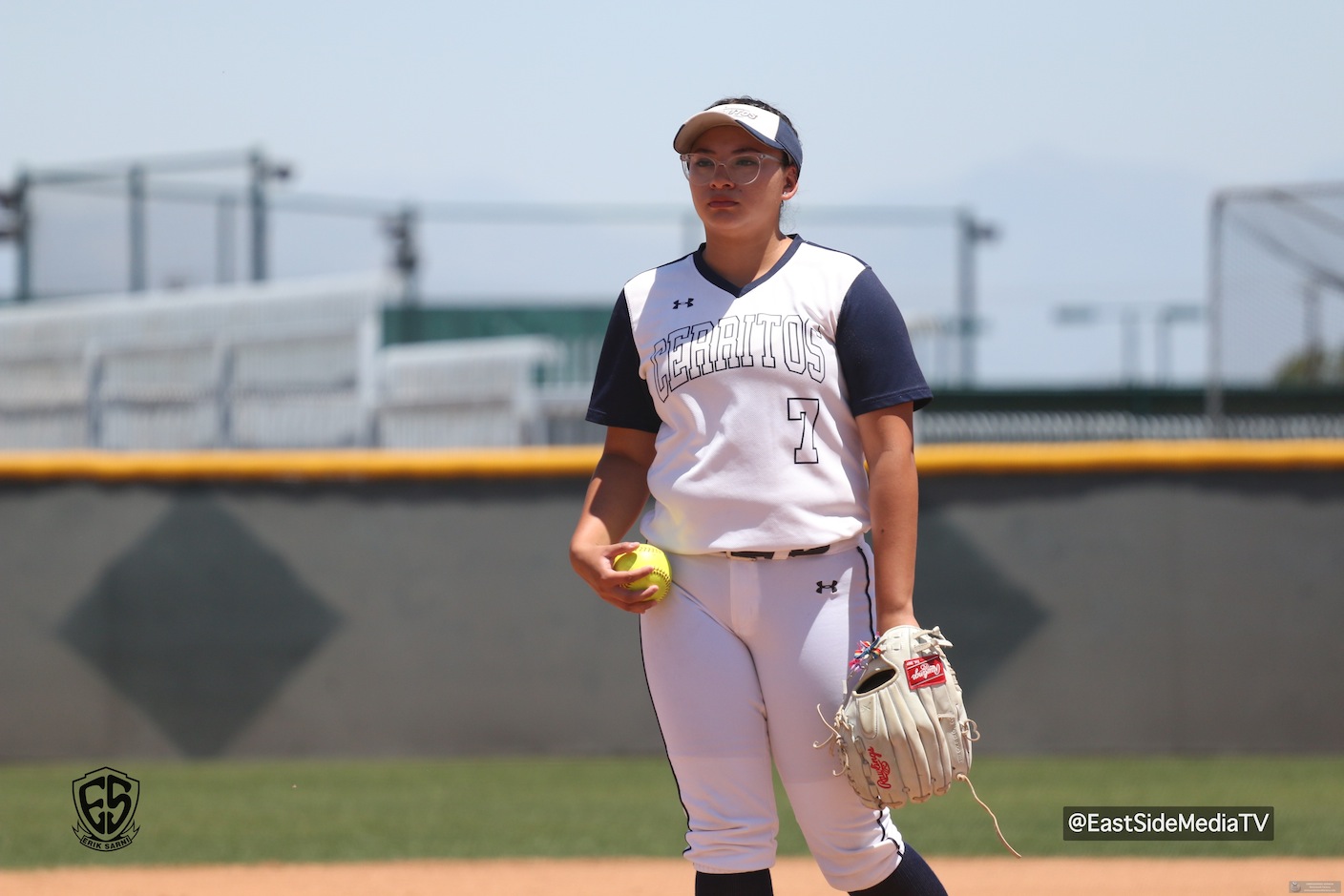 Cerritos College freshman pitcher Samantha Islas (Roosevelt HS), who went 21-6 during the regular season, was voted the South Coast Conference Pitcher of the Year. The Falcons (30-10), who finished second in the South Coast Conference, also ended the regular season with the #2 RPI strength in Southern California with an all-freshman team. Islas is the first Cerritos player to be named the conference’s Pitcher of the Year since Jessica Lozano in 2011 and eighth in the program’s history.

Roosevelt HS: High school is located in Los Angeles… Was coached by Javier Carbajal… Did not have a senior season due to Covid-19… As a junior, she was named the All-City Division I Pitcher of the Year after going 11-3 with 160 strikeouts with just 11 walks in 92 innings… Also tossed eight shutouts and had a no-hitter… Helped the team win a pair of Eastern League championships… In her sophomore year, they reached the finals of the LA City Division I championship game… Hit .571 as a freshman with a 2.42 ERA in the circle…..

Personal: Would like to transfer to a college that offers a scholarship… Her step-brother Michael Helguera played baseball at Upper Iowa University… Nicknamed “Sammy”… Has four siblings – Nalani (18), Mya (15), Brooklyn (8) and Arya (4)… Is the daughter of Peter Islas and Ariana Helguera… Born in Los Angeles, CA on June 13, 2002…..

Samantha Islas tosses a one-hitter against

In Loving Memory of Santos Rivera