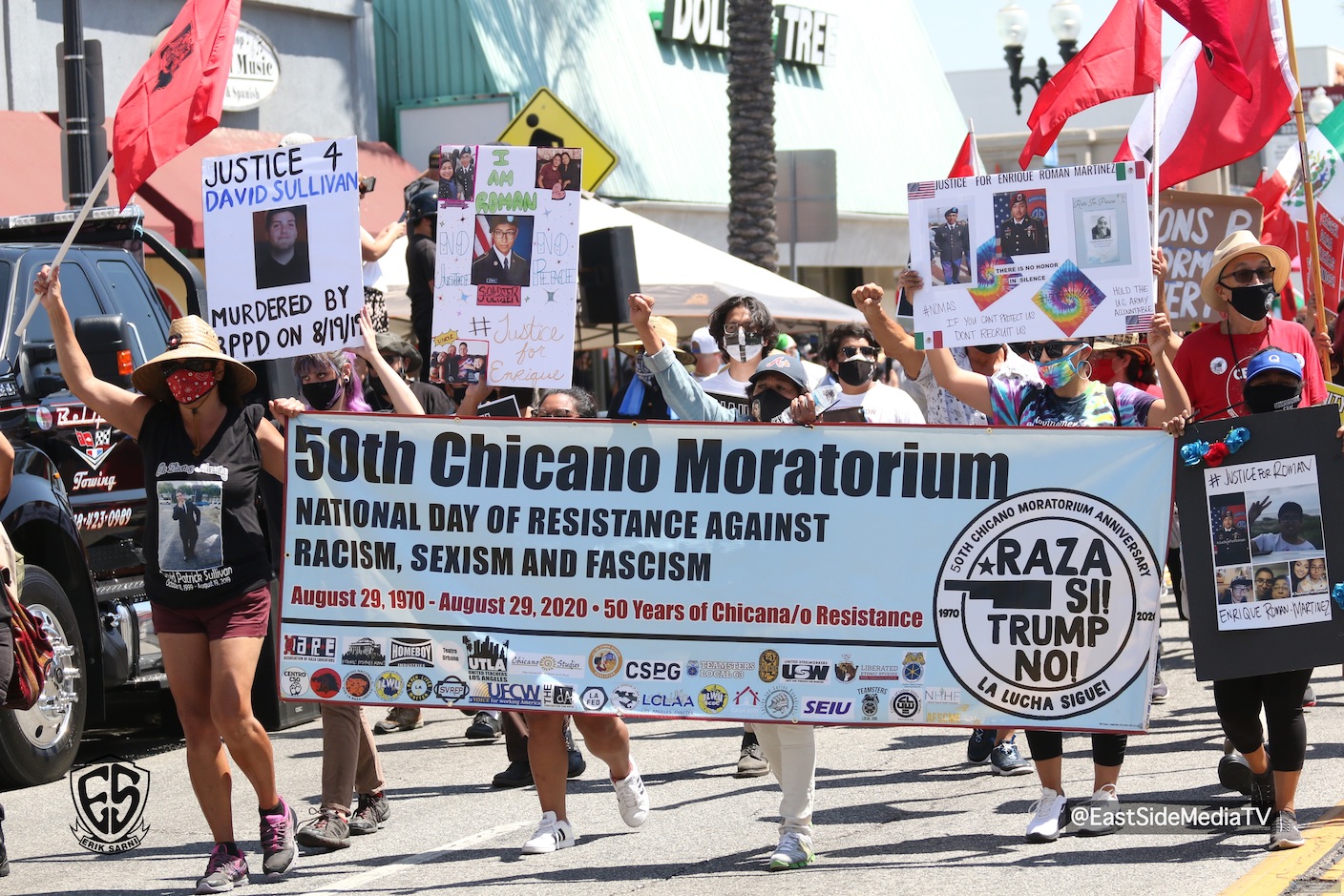 Thousands Turn out to Commemorate 50th Anniversary of the Chicano Moratorium

Thousands of people turned out Saturday to hold processions through East Los Angeles to mark the 50th anniversary of the Chicano Moratorium March, a protest against the disproportionate impact of the Vietnam War on the Mexican-American community.

At least three parades — involving marchers, demonstrators in vehicles and participants in hundreds of classic cars — descended on Whittier Boulevard and made their way to Ruben Salazar Park, for a mass rally.

One parade of people on foot began at Atlantic Park at 10 a.m., headed south and then east on Whittier to Salazar Park. A separate car caravan began in Pico Rivera, also moved east to the park. Another procession began in the heart of East Los Angeles, at the location of the Silver Dollar Cafe, where journalist Ruben Salazar was killed while covering the Chicano Moratorium on Aug. 29, 1970.

Among those who took part in the car caravan from Pico Rivera were Los Angeles City Councilman Gil Cedillo, who walked in the 1970 march as a teenager.

Evergreen Volleyball breaks through the barriers and wins the Citywide Title