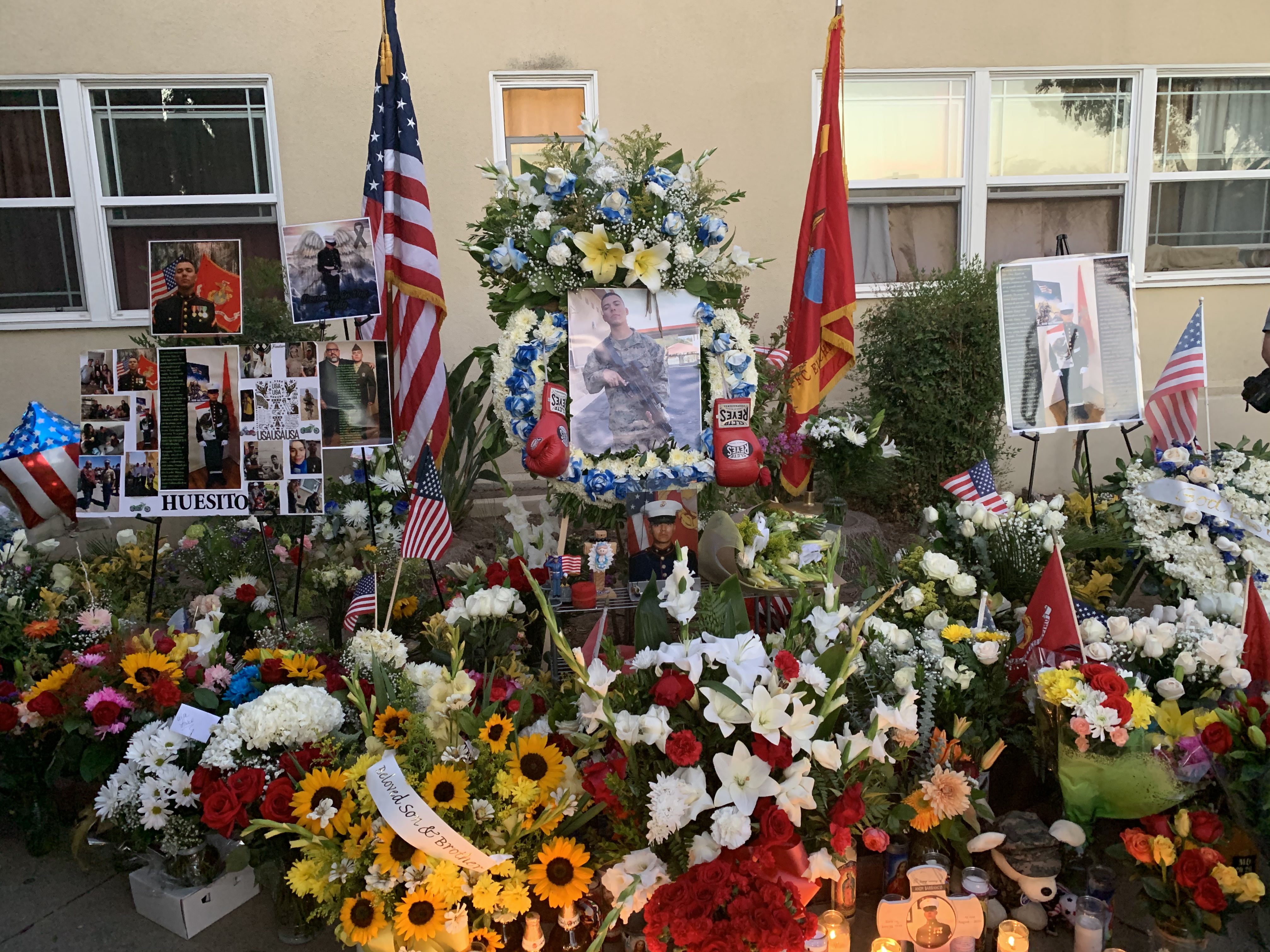 Hundreds gathered Wednesday outside the Montebello home of a fallen Marine who was presumed dead in an amphibious assault vehicle training accident near San Clemente Island last week.

Lance Cpl. Marco Barranco, 21, was among 16 aboard the craft last Thursday when it began taking on water and quickly sank. Only eight were rescued from the water, but one later died at the scene.

Crews searched for days but ultimately called off search and rescue efforts and said those still missing, including Barranco, are presumed dead.

Barranco’s mother, Lupita Garcia, was left overwhelmed with the outpouring of support for her family as she stood among the crowd honoring her son outside their home Wednesday.

“I knew a lot of people were going to come up, but seeing it… amazing,” she said.

Friends and family said they took comfort in knowing Barranco died doing what he loved.